This is a guest post written by Richard Komaiko, co-founder of AttorneyFee.com. 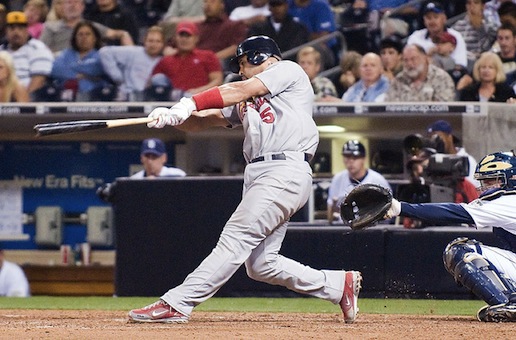 By now I imagine most people in the Chicago startup community have seen my article in NBC Inc Well.  The article generated a fair amount of controversy, but I’m no stranger to controversy.  As one of the co-founders of AttorneyFee, I run a business that is premised on publishing data that most lawyers would prefer to be kept secret.  As you might imagine, it takes nerves of steel to launch a site that’s guaranteed to piss off every lawyer in America.  We were threatened with three law suits before the site even launched!  This experience taught us, as a company, the societal value that you can create by aggregating disruptive data and publishing it for all to see.

The goal behind the Inc Well article (which has since been syndicated in the Huffington Post) was not to denigrate Excelerate – far from it.  In fact, the article proudly declared that “Excelerate has been very successful in finding, funding and supporting young Chicago companies.” But as successful as Excelerate has been on that front, there haven’t yet been any grand slam successes.

Why is this so?  It’s really easy to see once you understand the symbiotic relationship between funds and accelerators.  To illustrate this, imagine a fund invests $3 million into a startup company with a pre-money valuation of $6 million. This means that the fund will own 33 percent of the company.  Funds don’t want to collect dividends over years – in fact, if a company is paying out dividends, it’s a pretty good indication that the company isn’t suited for venture funding because it means that they can’t think of anything creative to do with the money themselves.  But this means that the fund won’t see a cent of its money back until there is a liquidity event (acquisition or IPO).  Imagine a couple years go by and this company is generating $10 million in cash flow.  Assuming a 5x multiple, the company would fetch a valuation of $50 million.  When that company exits, the VC’s interest is worth 33 percent * $50 million = $16.5 million.

They turned three million dollars into sixteen million dollars, which looks great to simple folk like you and me.  But to a fund, that’s really not such a great outcome.  That’s essentially a 5x return, but stretched over a period of three years.  A 5x return over three years is really a 1.7x return per year, compounded over three years.  Since seven out of ten venture funded companies will actually fail outright, the fund needs to have one or two huge successes in order to justify the cost of all the failures, and making a mere 170 percent per year is simply not enough to cover their losses.  Furthermore, there is opportunity cost involved.  Resources are limited, even for funds.  If the fund’s money is tied up with your company for three years, then that means those dollars aren’t available to invest in Instagram, Dropbox, and the other companies that are generating astronomical returns.

Hence my point in the original article.  Excelerate has not, to date, produced any grand slams.  There is no shame in this – 500 Startups hasn’t really produced any grand slams either (to be very clear, I’m referring to the accelerator side of 500, not the portfolio).  As I wrote earlier, this is perfectly understandable given that most accelerators are, themselves, startups.  But like any startup, accelerators have to be metrics oriented.  Techstars understand this, which is why they publish detailed statistics about their portfolio companies directly on their website.

Now that we are entering the third year of Excelerate, my hope is that we will begin to see some big wins.  So who will it be?  SpotHero?  Orbeus?  If you were a venture fund and you could invest in any company in Chicago, which would you bet on?

Author Bio:  Richard Komaiko J.D., is the co-founder of AttorneyFee.com, an angel funded startup seeking to promote transparency around the cost of legal services. He blogs for the Huffington Post, speaks four languages, and loves coffee.