Co-founded by Evgeny Tchebotarev and Oleg Gutsol, 500px feels like the fresh start that photo sharing needed. When it comes to showcasing your photography, what’s more important than how you how your images appear? 500px has already shown themselves to be an online portfolio solution with an eye to the needs and wants of photographers.

It’s hard to understand why it has taken this long for a site to come along that focuses on the most important part: the images. Flickr has grown into a bloated site with more attention paid to the group and social aspects than the images that once drove the site. If you’ve spent any time perusing Flickr, you’ve no doubt witnessed the photo comments loaded with invitations to groups and other quasi spam type statements.

Perhaps no feature of 500px helps to set it apart than the minimal interface. Favored by many photographers, the minimalism is designed to help those browsing the site to focus on the most important part: the images. 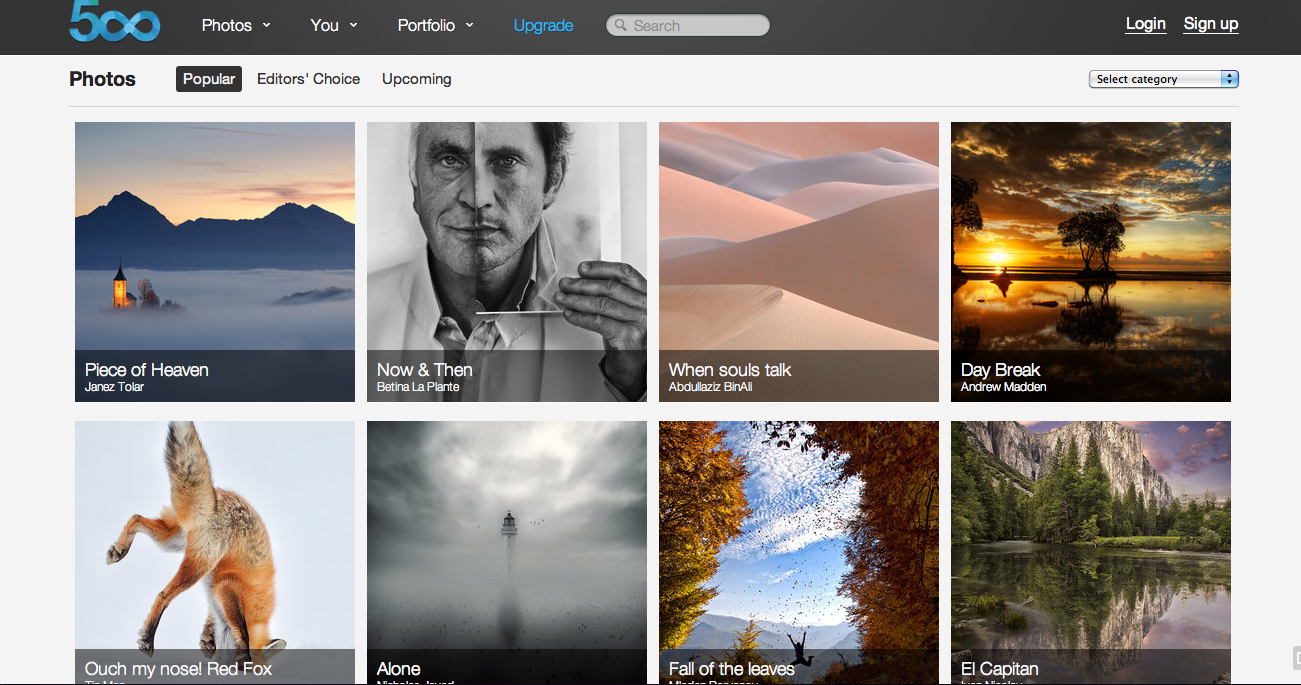 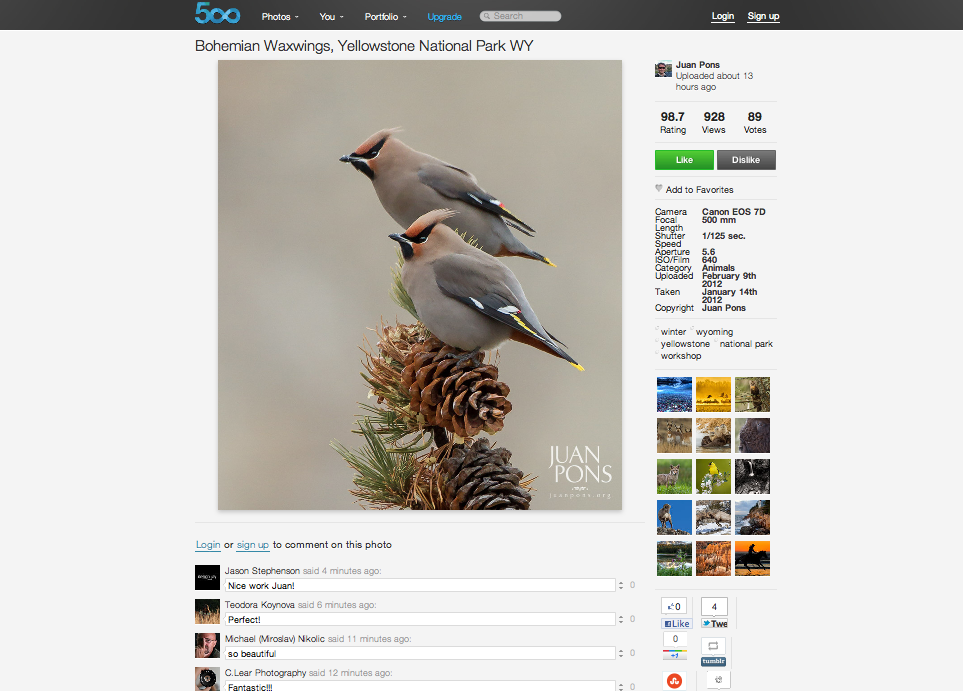 The Toronto-based startup seems to sidestep these types of issues by keeping its focus on the images. The simplicity and minimalist-inspired design allows the photos to speak for themselves. A user rating system exists on a 100 point scale alongside a tagging system for easy image searching. Although simplistic in nature, a social aspect exists in the form of adding other 500px users as friends.

500px also has an advantage that many startups lack: a clear business model for generating revenue. With a $50 annual subscription that enables photographers to customize their galleries and sell prints, the company has shown a plan for maintaining cash flow and creating a sustainable business model. This type of promise is what allowed the company to raise $575k in Series A funding recently. Investments for growth make 500px the type of startup that will succeed and continue market penetration.

One of the most driving forces of growth for 500px is the quick movement of some big names in photography. Well-known photographers such as David Lloyd, Zack Arias, and Trey Ratcliff have driven many users to the site and sparked many more to follow. Additionally, even those less interested in photography can enjoy browsing. The site’s “Popular” section can quickly display interesting images that appeal to photographers and non-photographers alike. 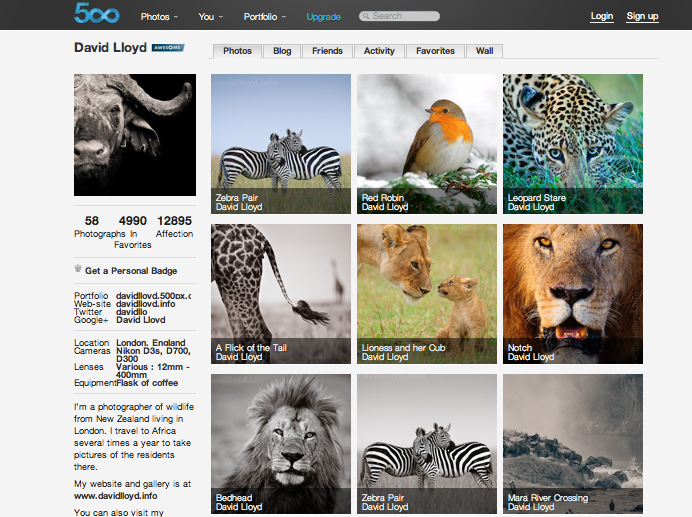 For now, 500px controls a powerful niche; perhaps you won’t post your entire portfolio, but the quality of the galleries on the site speaks for itself. 500px acts as a “best of” for many photographers, and the growth shows no signs of stopping. Users frustrated with the bloated Flickr, Picasa, or Shutterfly interface may find 500px to be an answered prayer.

May it Please the Court, I Represent the New York Times