Being deep in debt can feel like the loneliest place in the world. Financial woes affect our everyday mood, infiltrate even our most-fleeting thoughts and slowly deteriorate our relationships with the ones we love. It’s an ironic mental state to be in; after all, debt is a universal problem, particularly in America.

So while it might feel like you’re on an island of exclusive troubles, you’re far from alone. But if knowing that there are others in your shoes isn’t enough, how about knowing that others have persevered to greener pastures?

Boost your confidence and incite action with these three personal debt management stories.

The Backstory: There have been scarier debt totals to be faced with, but Richard’s debt was mostly credit card debt, which carries crippling interest rates. For a short while, all seemed well. Richard was paying his minimum balance while deferring his student loans. But after repeating this behavior for an extended time, Richard realized he was allocating a decent portion of his salary toward his debt, and yet it was getting him nowhere. He eventually reached a breaking point, determined to leave the situation behind him and enjoy life again.

How He Overcame His Debt: Richard was determined to pay off his debt, but what he was making and what he owed each month didn’t compute. Thus, frugality illuminated his path. He drastically reduced his spending, sold various possessions, and even arranged to have his annual bonus paid early. These efforts, in Richard’s words, “kick-started the process for me.”

To keep motivated, Richard constantly visualized a debt-free life, vetted every purchase he made as essential or non-essential, took up free hobbies, and increased the amount he worked, which in turn eventually increased his income. Richard finally killed-off his debt by making a “career-related decision based purely on finances.” He says he hates his job, but the decision was well worth it now that he has freedom and control over his destiny again.

The Backstory: This married couple, like many, weren’t thinking ahead with their finances, and naturally, fell behind because of it.

“We would spend three hours researching the best flat screen television to buy, and about seven minutes a year to decide on our investment strategy for our pathetic retirement goals.”

Living paycheck to paycheck, finally, in spring 2011, they could no longer keep pace with their frivolous spending—even with good jobs. That’s when the couple finally got on the same page with their finances.

How They Overcame Their Debt: After a gut-wrenching Excel budgeting experience, they raised $1,000 in cash in two weeks by squeezing their budget and selling things on eBay. A $1,000 was a small dent in their overall goal, but a huge confidence boost that they could actually eliminate their debt with hard work. The couple then cut up their credit cards: Chris had three, and Andrea had nine. The pair used the snowball method to tackle the following balances, knocking out the first two debts quickly:

The couple then moved on to more drastic measures:

By November 2011, the couple made the last payment on their car and were officially debt-free.

Read Jackie and her husband’s full story at JackieBeck.

The Backstory: Leo Babauta is a little different than the other people on this list. He’s created the immensely popular blog, Zen Habits, where he writes about integrating mindfulness and healthy practices into daily life, mainly drawing from his own life experiences. But before Zen Habits came to fruition, Leo was saddled with debt, and this was, surprisingly, after a young adulthood spent living frugally and debt-free.

From his own words, Leo says he entered a period of “frugal irresponsibility,” where he got a car loan, a credit card with a higher limit, spent without a budget, and tried to support his family (of six) on a single income with no medical insurance.

How He Overcame His Debt: Leo’s three biggest building blocks to conquering his debt was eliminating his credit cards, increasing his income and building an emergency fund. But these other habits kick-started his momentum:

Leo’s final tip, aside from practicing frugal living in general, is to find something you’re passionate about and pursue it with all your heart.

We’ve merely scratched the surface with these motivational stories, but if there’s one thing in common with each of the above stories, it’s that sacrifices were made, harsh truths faced, and extra work taken even when it was hated. If you need more anecdotes to propel you out of debt, take a few minutes to search Freedom Debt Relief reviews for first-hand accounts of debtors in over their head (in some cases without much income at all) who were able to persevere and eventually find their financial light.

Remember: the worst choice you can make with your debt is to do nothing. No matter how stressed, hopeless and alone you feel in your predicament, you can conquer your debt with a plan, hard work, and a positive attitude. 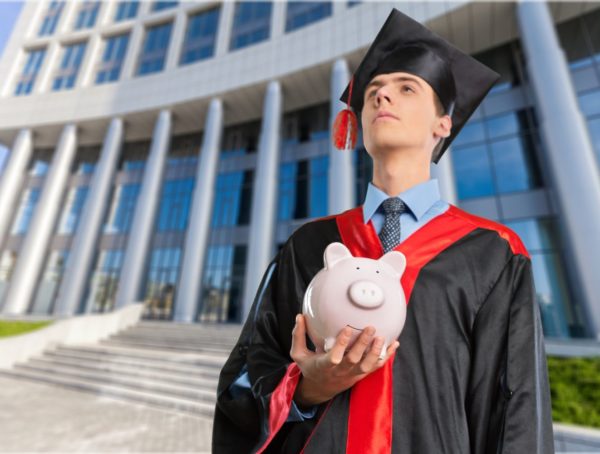