Where Are The Women On The 2012 Internet Hall Of Fame Inductee List? 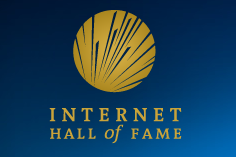 The inaugural inductees to the Internet Hall of Fame were announced last week at the Internet Society’s Global INET 2012 conference in Geneva, Switzerland. Out of 33 names on the list, only three belong to women: Nancy Hafkin, Mitchell Baker, and Elizabeth Feinler.

The inductees were voted on by a 12 person advisory board that includes 11 men and one woman. The board voted based on the following criteria:

Special consideration was also be given to a candidate’s lifelong accomplishments, contributions to more than one area of the Internet, and the overall benefit of his or her technological contribution to society.

So why were so many women – who have helped shaped the Internet as we know it – left off of this list and out of the inaugural inductee class? It’s certainly not for the lack of women.

Women have always held key roles in the fields of engineering and computing, although their accomplishments have been celebrated less than those of their male colleagues. Thankfully, their work is celebrated by the Anita Borg Institute for Women in Technology, an organization whose mission is to, “increase the impact of women on all aspects of technology, and increase the positive impact of technology on the world’s women.” The Institute keeps a list of famous women in computer science as chosen by a committee of female academic technologists and digital historians.

Some of the women on this list should have been nominated for the Internet Hall of Fame, including:

Suzanne Woolf – Woolf has shaped policy aspects of the evolution of the Internet via her work with ICANN, ARIN, and more. Woolf worked on the initial design and implementation of ICANN’s internal network. ICANN’s primary role is to provide operational stability of the entire Internet. That’s some heavy stuff.

Dr. Francine Berman – Dr. Berman is currently the Vice President for Research and Professor of Computer Science at Rensselaer Polytechnic Institute. She is recognized by the Library of Congress as a “Digital Preservation Pioneer” thanks to her work with the design, development and deployment of national-scale cyberinfrastructure.

Grace Hopper – Hopper developed the first compiler for a computer programming language. She is credited with coining the term “debugging” as it relates to fixing code errors.

Mary Lou Jepsen – Jepsen is the founder and CTO of One Laptop per Child, an organization that offers low cost computers to children in developing countries, thus exposing thousands of new users to the Internet.

Radia Perlman – Perlman is known by some as the “mother of the Internet” thanks to her work in the areas of network design and standardization including link-state protocols and TRILL.

The 2012 Internet Hall of Fame Inductees are not representative of the people that helped build the foundation of the Internet. Organizations like the Anita Borg Institute must work to keep the memory of the accomplishments of female technologists alive so that they will not be passed over for important awards and honors.

Who are some outstanding female internet pioneers that you think should be nominated next year?