Home > Blog > Where Are The Entrepreneurs? On A Boat, Naturally

Where Are The Entrepreneurs? On A Boat, Naturally 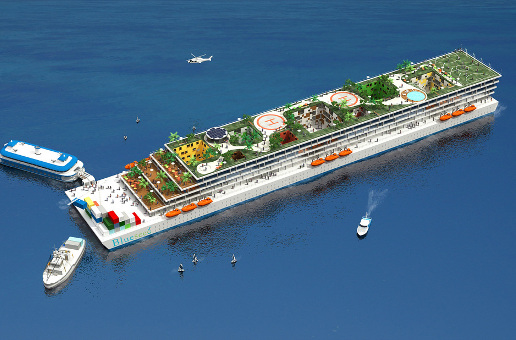 They’ve got their swim trunks, and their flippy-floppies, but T-Pain is nowhere to be found. That’s because the idea behind this boat is to provide a physical location for entrepreneurs with big ideas – but no visa to work in the United States – to kick off a new company in close proximity to Silicon Valley.

“Blueseed welcomes all talented individuals and companies, regardless of nationality, who could contribute positively to our culture of innovation, entrepreneurship, and fruitful collaboration,” reads the Blueseed website. “American startups have signed up as well, motivated by the prospect of working in a unique environment teeming with fresh ideas, side by side with hundreds of other startup founders from all over the world.”

The craft will be physically located in the contiguous zone, about 12 nautical miles from the coast of California, and will likely be registered in the Bahamas or the Marshall Islands.

“We will be creating a comprehensive guide to the on-board legal environment along with offering specific best practices advice on how to setup your firm’s own international and national corporate structure to take advantage of Blueseed’s unique legal environment,” they wrote.

Though the visa workaround will surely win some sea innovators, but a company report found the leading reason entrepreneurs had expressed interest was “living and working in an awesome startup- and technology- oriented space.” The company says they have 133 startups ready to take to the sea when the project kicks off, with the most interested parties from the United States, followed by India and Australia with 9.4 and 5.8 percent, respectively.

Concept vessels, which look like a cross between Farmville and the Titanic, bear little resemblance the stark, debatably sovereign Principality of Sealand – but do look something like Freedom Ship International, a similar but non-stationary speculative project.

According to United States patent law, non-citizens are allowed to apply in addition to citizens. Blueseed notes, though, the increasing importance of the United Nations’ World Intellectual Property Organization in securing intellectual rights.

Planned amenities include microwave link internet with a satellite backup, international cuisine, and game and gym facilities. And while the project’s site stresses environmental responsibility, it’s not clear what steps – if any – they will take to avoid the notoriously awful labor conditions found on commercial cruise vessels.

If all goes according to plan, the project will launch – literally – between late 2013 and early 2014.