Home > Blog > Who’s Flying Unmanned Drones In The US? Here’s A List

Who’s Flying Unmanned Drones In The US? Here’s A List 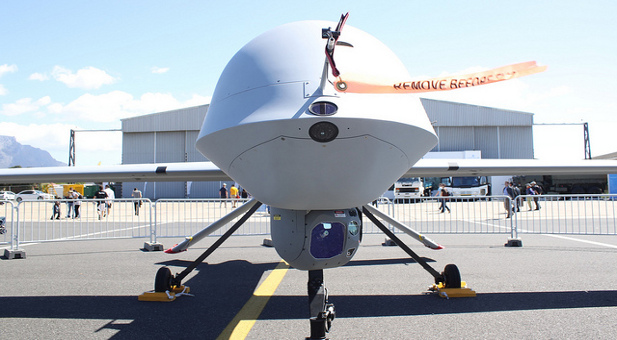 Do you feel like you’re being watched? Maybe you are, by a legally-licensed aerial drone, flown by the government or a private entity.

The United States’ use of armed, unmanned drones in the Middle East has stirred up controversy during the past decade. Garnering less criticism, at least until recently, has been the growing deployment of drones domestically – by police, the intelligence community, and, increasingly, other government departments and educational institutions.

Now, a Freedom of Information Act suit by the Electronic Frontier Foundation has garnered an exhaustive list of licenses granted for domestically operated unmanned drones that fly over 400 feet – and it’s both longer and more varied than you would expect. Some, like the Air Force and the Federal Bureau of Investigation, are probably to be expected. Others, including a slew of colleges and universities, NASA, and Otter Tail County, are at least somewhat surprising.

And while umanned drones are, to employ technical terminology, totally awesome, they raise a lot of questions about privacy rights and lawful use – even more so given the rapid spread of the technology (an FAA spokesperson said that there had been between 700 and 750 authorizations since 2006).

Also troubling is that even after the EFF’s suit, we still have no idea what many of these drones are being used to do. Does the Forest Service use its drone (or drones) to spot forest fires? And is the University of Colorado using its drone (or drones) as an educational tool, or to give out parking tickets?

Co-chairmen of the Congressional Bi-Partisan Privacy Caucus Edward Markey and Joe Barton wrote a letter to the FAA in April requesting more detailed information on policies and trends in the domestic deployment of drones.

“Many drones are designed to carry surveillance equipment, including video cameras, infrared thermal imagers, radar, and wireless network ‘sniffers,’” they wrote. “The surveillance power of drones is amplified when the information from onboard sensors is used in conjunction with facial recognition, behavior analysis, license plate recognition, or any other system that can identify and track individuals as they go about their daily lives. ”

The EFF procured a list of entities with current licenses to fly drones, and a list of manufacturers with authorizations to test-fly drones experimentally.