Free online education platform Udacity has recently launched a new class for all of those hopeful entrepreneurs out there. The new course covers how to build your very own startup from scratch, taught by serial entrepreneur and author Steve Blank, known for both The Startup Owner’s Manual and The Four Steps to Epiphany. 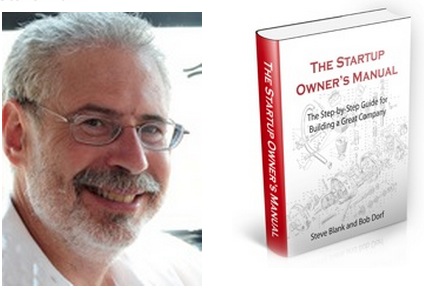 Like all of Udacity’s offerings, the new class will be free for anyone who wants to take part. Users can simply sign up through Udacity or their Facebook account to enroll in any of the website’s instructional courses.

Blank’s class, titled “The Lean Launchpad,” focuses on the core principles of building a startup and avoiding novice mistakes that lead many companies to a premature end. Blank additionally aims to clear up nearly half a century’s worth of misconceptions concerning exactly what a startup can be.

“We used to think that of a startup as a smaller version of a large company,” said Blank. “We now know that a startup is something very different, very unique.”

Blank, who is known for his teachings in customer development, will focus on the process of identifying and engaging those first customers throughout the nine lecture course. Other topics include finding your minimum viable product, monetization, growing customers, and developing partnerships, among others.

And the course isn’t only for beginning entrepreneurs, according to Blank, who has taught in entrepreneurship programs at prestigious universities including Stanford and Columbia. “Whether you’re a first-time entrepreneur or a serial entrepreneur trying to learn how to do it more efficiently, we’re going to teach you not only the secrets of how to build a successful startup, but if you take the next step we’ll actually get you outside the building and test every one of those hypotheses during this class,” Blank explains in the course video.

The class is scheduled to begin today, though registration will remain open through the duration of the course. With no barrier to enrollment and a curriculum aimed at honing the business-building skills of both seasoned and fledgling entrepreneurs, there really aren’t many excuses for missing out on this one. Find out more information on Udacity’s newest entrepreneurial offering at The Lean Launchpad course page.