St. Louis’ very own two day game development marathon is coming back this August — the sixth of its kind since its revival in 2010. The St. Louis Game Jam is a bi-annual event that brings together game creators of all trades (programmers, artists, designers, and writers) to bang out a brand new title in a 48 hour development rush. Best of all, the upcoming August 3-5 event is completely free for anyone who’d like to participate. 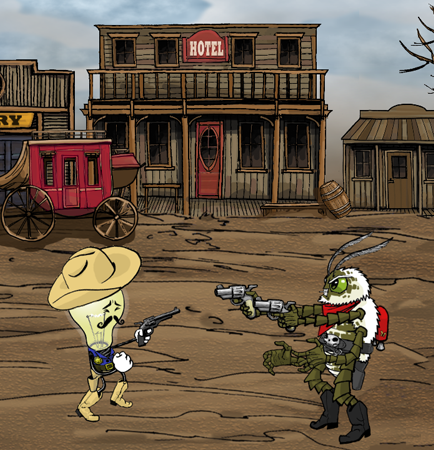 Light Justice, a creation of the Spring 2012 Game Jam.

This past Spring’s Game Jam drew in more than 70 game designers from around the St. Louis area, whose teams created seven titles. Once the theme is determined for this year’s competition, attendees will be grouped by their roles and allowed to form their own teams. Participants are required to bring their own equipment and purchase whatever development software they wish to use.

The theme for each Game Jam is randomly drawn at the start of the event to prevent attendees coming with a title already in development. Both a random noun and adjective are drawn to complete the given theme of each year’s event. Past themes have included light justice, twice upon a time, and scapegoat.

Most surprising of all is that the event’s creators are encouraging anyone with any level interest in game development to attend, even if they have little to no experience actually developing games.

“The primary skills needed are a passion for creativity and a desire to work efficiently toward a common goal,” wrote Wes Ehrlichman, a mobile developer at Riot Games and organizer of the St. Louis Game Jam. “I’ve seen many disappointed that their team didn’t arrive when they said they would or wasn’t prioritizing their time well. Don’t let that intimidate you, just know that dedication often means more than talent at events like these, and that’s a good thing!”

Though there’s no penalty for only stopping by for one of the two days, attendees are urged to participate in as much of the event as possible, sleeping when or if they can. The Game Jam website suggests heading home for a quick nap, taking a rest in your car outside the event, or straight caffeine for the most hardcore programmers.

St. Louis Game Jam is part of the Global Game Jam community, whose most recent worldwide event saw more than 10,000 participants across 47 different countries. To find out more information or register your interest for this year’s St. Louis Game Jam, head on over to the community website before the two day event kicks off on August 3rd.