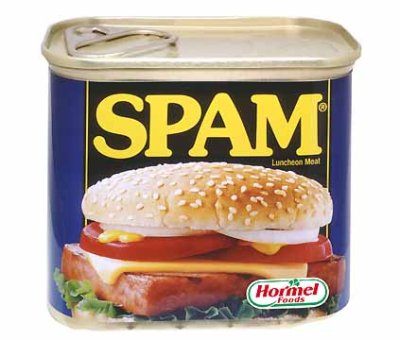 Google has been taking a beating in the news for its “Spam Problem“, which has led to the rise of Blekko and other search startups. Although the problem is real, its prevalence is nothing compared to the Social Media Spam that plagues Twitter and Facebook — and I am not talking about malware.

In January, Facebook was proud to announce that it had cut spam by 95%. Impressive numbers, but a bit incredulous seeing the number of spam chats and event invites everyone still receives. Twitter announced similar declines in 2010, however recent research shows that 8% of all malware resides in the Twitter-verse. The amazing thing about these statistics is that they don’t even include the spam your actual friends send you every day.

Spam is the use of electronic messaging systems (including most broadcast media, digital delivery systems) to send unsolicited bulk messages indiscriminately.

Seeing this, the majority of social media can be considered spam because each piece of content is sent to the user’s entire friend list — which consists of 130 friends on average — without regard for who in that network is actually interested in that particular content.  Multiply the 55 million status updates and 110 million tweets posted each day by the number of friends the average user has and find that there are 21.45 billion updates being sent out to individuals each day.

Now assuming that 71% of Facebook content is ignored just like tweets are on Twitter, it can be said that there are 15.23 billion pieces of spam being sent out EACH DAY on those two networks alone (approximatley 5.56 trillion each year). Yet somehow, Google is the perpetrator.

The Root of Social Media Spam

Although Facebook has implemented various grouping functionality, it’s too late. Consumer perception is set in stone, and the masses will never put the work in to group all of their relationships.

As for Twitter, lists are a terrible way of segmenting users because a) tweets are still sent to everyone following the user and b) no user tweets about the same thing all the time (unless it’s a publication), therefore even when listed many of the tweets will not be relevant.

What is so incredible about this issue is that users accept it. In fact, they have yet to acknowledge that it is even a problem. Social networks are able to get away with it because they are not the ones curating the content. The users choose who to friend/follow, and accept the bad content because it is their friends who are posting it. (How could anyone be upset when their friends’ smiling faces are right there next to each post?)

On the other hand, consumers blame search engines such as Google for every bit of spam because they are the ones determining the relevance of the results to the user.

This double standard needs to be addressed. Users need to shift blame from search engines to content farms and black hat SEO, and call out social networks for their low-quality content. Either that, or our brains will have to learn how to survive on a spam diet.

Funding Your Business & Mistakes You Should Avoid