“Operation: Game Over” Will Ban Sex Offenders From Gaming Online 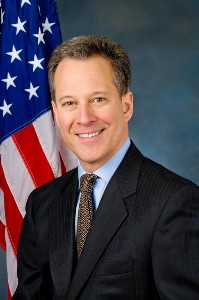 In a press release today, Schneiderman congratulated the participating companies, stressing the future impact of their cooperation in “Operation: Game Over.”

I applaud all the companies participating in this first-of-its-kind initiative for taking online safety seriously and purging their networks of sex offenders. Together we are making the online community safer for our children, not allowing it to become a 21st century crime scene.

Currently 97 percent of teens are doing some form of gaming, whether on mobile devices or home consoles. The press release cites a PEW research study finding that 27 percent of these younger gamers are playing online games with strangers – not uncommon in the generation of massively multiplayer gaming and online matchmaking. The initiative aims to eliminate situations where sexual predators have worked to befriend and lure underage gamers via popular gaming networks.

I’m all for safety and prevention, but preemptively banning potential repeat offenders from online gaming entirely seems like it might be going a bit overboard. It’s good to hear that some of the companies are only limiting registered sex offenders online interaction with other players, such as messaging and private voice chat, which seems to be the most reasonable solution. Hopefully, at the very least, the news of “Operation: Game Over” will prompt parents to familiarize themselves with the capabilities  and parental restrictions of their children’s gaming devices, if they haven’t already.

Schneiderman hopes the initiative will be a model for other states where methods of monitoring sexual predators on game networks are non-existent or less developed.

Now if they would only ban all those thirteen year-olds who continuously wail out homophobic slurs and threaten to sexually assault my mom.

Urbanopticon Wants To Learn How You Mentally Map Your City