Remember: When Google Made Us Stupid?

It was a seminal piece. “Is Google Making Us Stupid?” (The Atlantic ).  I remember when it came out.

With the lightning fast, never ending stream of bits, bytes, text, and now video, our brains were turning to mush.  No need for the rigors of memorization when you could just plug a finger into the Google-socket and download.  After all, as Sergey Brin (Google co-founder) suggested, “Certainly if you had all the world’s information directly attached to your brain, or an artificial brain that was smarter than your brain, you’d be better off.”

Well, that was nearly eight years ago and, I don’t know about you, but my brain’s not gone to mush.

And, I’d suggest the notion, while operating on a different scale, is not completely unique. 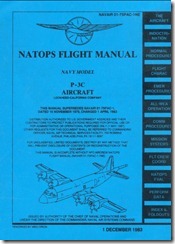 The approach we’re using now (knowing where to go to find something) has strong similarities to my Navy flight training.  Each aircraft (and variant) has its own flight manual, referred to as NATOPS.  In my case, the P-3 Orion’s NATOPS was perhaps 3″ thick and weighed 5lbs.  You spent a lot of time studying the big blue sleeping pill.

There are some things in life that are essential to comprehend. Such as what each of the 300 circuit breakers onboard the aircraft power in case of an emergency.  Or even more importantly, what four rings of the command bell signals.

When taking our flight exams, which were typically open-book, the key wasn’t memorization.  The key was–knowing where to go–to get the answers.  The same concept applies to not only the internet, but also to nearly every aspect of life.  I don’t memorize all the torque values for fasteners on my motorcycles.  I earmark the page(s) with the relevant info in the shop manual.

Google and other sources of fast-paced information have given us this same ability on a much broader scale.  They’re not turning our brains to mush, but are instead providing a utility that frees our mind from information overload.