OverFundIt: Crowdfunding Platform Wants You To “Get Sh*t Done”

A new kind of crowdfunding startup has emerged this Fall that’s taking the dreamers to task and charging them to actually “get shit done.” OverFundIt is a platform that’s enabling proven doers to raise relatively small amounts of money so they can continue to make changes happen in their own communities.

Co-founders Christopher Martinez, Travis Sheridan, and Irma L. Olguin, Jr. were tired of seeing big dreamers who never produced any real results getting all the attention, and decided to launch a platform that could shed light on the people actually accomplishing their goals. 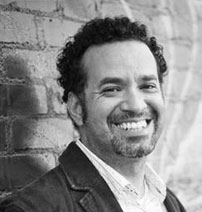 “In communities people were getting shit done every day,” said Sheridan. “What if we created a funding mechanism that would encourage doers to do more cool stuff?”

Olguin originally made a post on her personal blog offering $1,000 to any community-based project that could win her over. Many people pitched their ideas, and the funds ended up going to a knitting company to help them grow their staff. The co-founder eventually made another post inviting doers to pitch their ideas, and the concept became the backbone of OverFundIt.

The service was designed to make sure that the people actually making a difference had more than enough money to keep doing just that. Doers have the power to raise funds for projects between $1,500 and $2,500, all raised from the community. Funded projects have included small businesses buying equipment they needed and community projects like urban gardens or installing biking equipment in low-income neighborhoods.

According to Sheridan, the new crowdfunding service is all about accountability. Potential doers must lay out a detailed plan of what specifically they’ll be accomplishing with the money, what that means for the community, and finally how backers will be able to see the impact of their efforts. Once the project is completed, supporters and selected colleagues will be able to rate the doer on the results — a kind of credit score that will impact any future efforts on the platform.

OverFundIt has additionally done away with the perks and rewards of websites like Kickstarter and is sticking to the idea that if people really believe in something, they’ll be happy to give financial support.

The crowdfunding startup is currently based out of Fresno and St. Louis, where Sheridan relocated in January of last year. “We knew that we could create a virtual company without needing to all be in the same place,” Sheridan said, explaining that company meetings routinely take place over Skype and Google Chat.

Sheridan said the two cities share many similarities — most importantly an interest in grassroots campaigns that has helped OverFundIt find a place in both communities. The co-founder hopes that in a year each city will have seen at least 100 successful projects taking place in their community.

“For the team it’s really about looking at a community and saying, ‘How can we mobilize doers?’” Sheridan said. “When I look back a year from now, I want to be able to look at a community, identify the doers, and see the fruits of their labor.”