Last-generation internet provider NetZero announced today that they will offer one year of free mobile broadband to users who purchase a mid-range 4G modem. 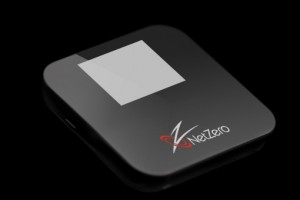 The company has framed the new plan, which operates at up to 1 megabit, in strikingly populist terms.

Users who want the free plan will have to cough up for a $99.95 4G hotspot, or a $49.95 USB dongle. They will also be constrained to the Clear network, which does not have extremely wide coverage.

“Our service gives customers the freedom to take the Internet anywhere in our coverage area, without being tied to public Wi-Fi service or having to purchase higher-cost, sometimes multi-year plans offered by other mobile broadband providers,” Goldston said. “With NetZero 4G Mobile Broadband, there are no contracts or commitments, and our customers can even try our service for up to one year for free.”

The company will also offer a range of contract-free paid plans with capped data usage. There will be no overage charges on the new plan, according to company materials.

The plan is advertised as available for the iPad, but it is not yet clear whether users will be able to use the device’s built-in modem, or will need to keep the chunky dongle plugged into the device to access the service.

NetZero isn’t the only service to experiment recently with different wireless models. Republic Wireless debuted an “unlimited” talk, text and internet plan for a strikingly low $19 per month this fall, but reserves the right to kick out users who lean too heavily on the service’s cellular component instead of its Wi-Fi tools.

This isn’t NetZero’s first foray into free internet coverage. In the late 1990s, the company drew users by offering free, ad-sponsored internet service. The new free plan will not be ad-supported, according to the company.

NetZero is a subsidiary of United Online, which is based in Woodland Hills.

A Lawyer’s Take On The Apple Siri Lawsuit