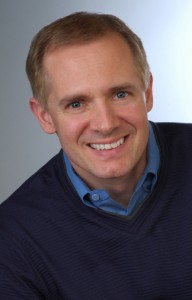 Yesterday Flyover Geeks introduced you to the non-profit I Am 4 Kids and in addition to having the story run here on Flyover Geeks I also had it run in Crain’s Enterprise City for the weekly column I do there.

In addition to being a cool startup, why I Am 4 Kids hit home for me is because I know a little boy (my nephew) who is exceptionally bright but has the self esteem problems Mark and his program are looking to eliminate. My nephew is in 1st grade and is doing second grade work with the teacher because he gets bored from the 1st grade curriculum yet says often how “stupid” he is.

When Mark told me about his program I knew I had to do a story on it and get it some attention and as it turns out Mark was contacted by a well known corporation in Chicago that has set up a meeting with him to discuss being a sponsor.

Today I am revisiting I Am 4 Kids because I want to share some more information. Mark was modest when he met with me so I could interview him and didn’t let me know about this video so I wanted to take this morning and share it with the community at large.

Mark has taken office space at an exciting incubator in Chicago called the “Syncubator” which will be officially opening its doors soon and the entrepreneur you see near the end of the video (Mike Rohdes) is one of the partners in the Syncubator and is working with Mark to help make his non-profit a success. (You’ll be reading about them soon here on Flyover Geeks)

For anyone that is interested in helping a great cause, visit I Am 4 Kids on the web and contact Mark.