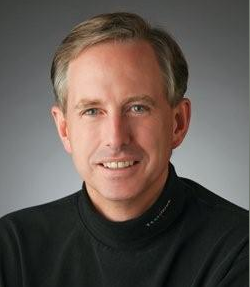 Matt McCall of New World Ventures and DFJ Portage wants to do an AG deal. As in agriculture. No, really.

“I want to do an AG deal, just for yuks,” laughed McCall when we sat down to discuss the current state of Chicago’s tech world. “I get comments and jokes from people outside Chicago on the coasts about doing an AG deal or something in meat packing.”

Then he turns serious. “While its fun for everyone to joke, they don’t seem to realize the Midwest is an excellent place to launch a new venture. For starters, we have all the customers.”

What followed was a discussion where McCall laid out reasons for VCs to be bullish on investing in the Midwest and entrepreneurs to be bullish about starting a new venture here.

“When I look at our successful investing in companies, the first three customers new businesses acquire tend to be in the Midwest. The customers are all here.”

Said McCall, “There are elements that are very distinct in the Midwest region that has led to a very high success rate in investing, and when other models come in here, particularly from the coasts, they don’t have near the success rate we do. “

As proof, McCall said that, “In the last ten years, we have been 16 for 21 on successful investments in the Midwest region for the last 10 years, and that is due largely in part to three things:

1. “We know the entrepreneurs well.”

2. “Those entrepreneurs are very cash conservative- When you are in an environment that is very cash constrained you learn to run your business very tightly focused”

3. “The entrepreneurs, because they are cash constrained, by definition every penny you spend you have to focus on the question of, ‘does it advance your cause with the customers?’”

We discussed the general climate for doing deals and how things have changed since the dot-com implosion at the beginning of this century and McCall pointed out that the deal market in Silicon Valley, “is getting frothy” right now. By that he said that the pendulum of VC capital tended to swing between cycles of momentum investing and fundamental investing. Or, more darkly, “fear and greed.”

The fear is that a VC will miss out on the next Facebook or Groupon and doesn’t want to go back to their investors who will then ask, “what’s wrong with your deal flow and why have you missed out on marquis deals?” said McCall.

“The investing cycle tends to last 7 to 8 years,” said McCall, “and in my opinion, we ended the last in about halfway through 2008. Now we are seeing things start to heat up and I think in the next five years we are going to see some exciting things happen… by definition its Back Swan.”

In business, the ‘Black Swan’ is used as an example that change- big, disruptive change- happens on the outliers as a sort of mutation and is often unexpected.

In a presentation, McCall defined a ‘Black Swan’ as, “a rare event with high impact that is hard to predict.” 9/11, PayPal and eBay were examples he cited of this happening.

Groupon can also be a modern example- it has shifted the way people shop and purchase in a big way and has spawned clones worldwide. Two years ago it was a website built on WordPress and now is, well, Groupon in the way Google is Google and Facebook is Facebook. Clones are described as “The Groupon of….(x),” just like social networks are called, “Like Facebook for (x)”

Black Swans shake up the industry and McCall thinks that investors are worried about missing the boat.

What then, is McCall’s prediction for the next Great Thing?

Your [table] Is Ready With ReadyPing. 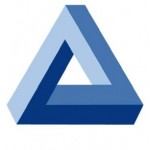