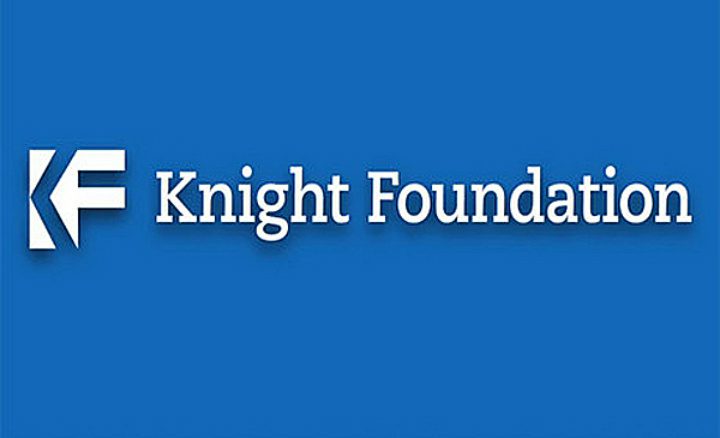 The John S. and James L. Knight Foundation named 22 projects as winners of the Knight News Challenge on Libraries, awarding the recipients a share of $3 million for their ideas.

The projects will provide new tools and approaches that leverage libraries as a platform to build more knowledgeable communities.  They propose a range of ideas from library-driven toolkits that communities can use to share and archive their histories online to digital platforms that improve access to education and information in developing countries. Eight of the winners will receive investments of $130,000 to $600,000, while 14 early-stage ideas will receive $35,000 each through the Knight Prototype Fund, which helps innovators take media and information projects from idea to demo.

“There is a growing demand for libraries to evolve their role and become more dynamic, living platforms, responsive to community needs,” said John S. Bracken, Knight Foundation vice president for media innovation. “The winners are working to reinvent the ways in which people experience the library, and providing citizens with the tools and information they require to contribute and strengthen our democracy.”

Launched in September 2014, the challenge asked applicants for ideas that leverage libraries as a platform to build more knowledgeable communities, recognizing their potential as a driver of innovation, creativity, news and information, entrepreneurship, education and social resources.

Culture in Transit from Metropolitan New York Library Council: Helping more communities share their histories online by creating a mobile kit that will scan and digitize print materials for public archiving in partnership with Brooklyn Public Library and Queens Library.

Space/Time Directory from the New York Public Library: Working with local communities and technologists to turn historical maps and other library collections into an interactive directory for the exploration of New York across time periods.

Library for All: Digital Library for the Developing World: Making books and educational content available at libraries and schools across the developing world through a digital platform designed specifically for low-bandwidth environments and accessible on mobile devices, including low-cost tablets and $30 feature phones.

Open Data to Open Knowledge from City of Boston: Turning Boston’s open data collection of everything from building permits to potholes into an accessible resource by working with Boston Public Library to catalog it and make it easier for residents, researchers and public employees to navigate.

Online Learning at the Public Library from Peer 2 Peer University: Recognizing that lack of peer-support and face-to-face learning in open online courses can be a barrier to success, especially for newcomers, Activating the Public Library will organize in-person study groups in local branches of the Chicago Public Library system.

The Library Freedom Project: Providing librarians and their patrons with tools and information to better understand their digital rights by scaling a series of privacy workshops for librarians.

Measure the Future from Evenly Distributed: Helping libraries better manage one of their greatest assets – the building itself – by using open hardware to track data about its public spaces.

Full project descriptions for these eight projects are at the bottom of the article.

The 14 Prototype Fund winners include:

Journalism Digital News Archive by University of Missouri Libraries and the Donald W. Reynolds Journalism Institute (Columbia, Mo.; project lead: Edward McCain; Twitter: @e_mccain): Ensuring access to digital news content through development of a model for archiving and preserving digital content that can be used across the country.

Making the Invisible Visible by Bibliocommons (Boston; project lead: Iain Lowe Twitter: @bibliocommons, @ilowelife): Prototyping an app to give patrons a deeper library experience based on the user’s location, interests and actions in the library.

Your Next Skill by Seattle Public Library (Seattle; project lead: Jennifer Yeung; Twitter: @splbuzz): Helping people acquire new skills or expand their knowledge by creating a librarian-led, referral service that connects users with materials, classes and instructors that will help them meet their goals.

The Knight News Challenge accelerates media innovation by funding breakthrough ideas in news and information. Since 2007 Knight Foundation has reviewed more than 10,000 News Challenge applications and provided nearly $50 million in funding to 133 projects.

In addition to funding, winners receive support from Knight’s network of influential peers and advisers to help advance their ideas.

Past News Challenge winners have created innovative solutions aimed at building more informed communities and a stronger democracy. They include: DocumentCloud, which analyzes and annotates public documents, turning them into data; Tools for OpenStreetMap, which makes it easier to contribute to the editable map of the world; and Safecast, which helps people measure air quality and became the leading provider of pollution data following the 2011 earthquake and tsunami in Japan.

Online courses can offer people free access to useful content and knowledge, as well as education opportunities. However, the lack of peer-support and face-to-face learning options are often a barrier to successful participation, especially for newcomers. To address this issue and increase access to information and education, Peer 2 Peer University, with Chicago Public Library, will organize in-person study groups for patrons to support their free online learning experience. The project will assist participants through the library’s familiar resources and leverage Peer 2 Peer University’s experience in building online communities; it will also include reinforcement and feedback from fellow learners. Study groups will be held in local branch libraries.

Many communities are excluded from the nation’s digital cultural memory because they lack the equipment and technical support to contribute their history to local and national archives. To bridge that gap, two New York public library systems and a citywide libraries and archives membership organization will create a mobile kit, with scanners and cameras, that libraries will take to city branches, so that residents are able to record their historical items. Each item will not only be housed in local digital archives but in the Digital Public Library of America and other large-scale initiatives such as Internet Archive, providing worldwide access to local treasures. While these events provide educational and community-building opportunities, they also democratize the process of history-making — allowing people to contribute to and help define their local history. The partners include the Metropolitan New York Library Council (METRO), the Brooklyn Public Library, and the Queens Library, which designed the project together after meeting online via the newschallenge.org platform.

The Internet Archive is one of the world’s largest public digital libraries, with an extensive collection of human culture: 2 million books, 430 billion Web pages, 3 million hours of television and more.   However, the archive’s users upload only a small percentage of these materials and to preserve the world’s knowledge the public should be encouraged to contribute.  The archive is embarking on a project to make the archive.org site more community-driven by improving the tools that allow people to upload, describe and organize items.  With these new tools, the Internet Archive hopes to democratize knowledge by giving global communities the ability to save, manage and share their cultural treasures for free.  What Wikimedia did for encyclopedia articles, the Internet Archive hopes to do for collections of media: give people the tools to build library collections together and make them accessible to everyone.

Private companies and the government increasingly control a large part of online communications, and as a result, society is facing a new set of challenges around privacy, surveillance, censorship and free speech. As stewards of information and providers of Internet access, librarians are in a prime position to educate patrons about their digital rights. The Library Freedom Project aims to make real the promise of intellectual freedom in libraries by bringing together a coalition of librarians, technology experts and lawyers to scale a series of privacy workshops for librarians. The workshops will provide librarians and their patrons with tools and information to better understand technology, privacy and law related to use of the Internet.

Library for All: Digital Library for the Developing World from Knight Foundation on Vimeo.

Many developing countries continue to struggle with limited access to information and educational resources, leading to challenges with literacy, civic participation, knowledge building and progress. To address this issue, Library for All will expand its Digital Library, uniquely designed to work in low-bandwidth environments, making educational content available for libraries and schools across the developing world. The platform will leverage mobile technology and be accessible on all devices, including low-cost tablets and $30 feature phones. Content will be culturally relevant and available in local languages.

Jason Griffey, Measure the Future from Knight Foundation on Vimeo.

While libraries in recent years have created makerspaces to provide access to open technology, this project will help libraries use open hardware devices to improve their own services. Librarian Jason Griffey, a former Knight Foundation Prototype Fund grantee, will train librarians to use open source hardware to better understand the library building itself, one of a branch’s most important assets. The hardware will measure a variety of factors in each room, so that libraries can make better, data-driven decisions on how to use their public spaces.

Boston, like many cities, has published a collection of “open data” that includes everything from building permits to a list of urban farms. The data tells a story about government and city life. Public interest in the data is clear — with more than 14,000 views so far of neighborhood pothole data alone. But as with many forms of knowledge, making something available isn’t the same as making it useful. Through this project the city of Boston will work with local libraries to create a digital data catalog that will make it easier for residents, researchers and public employees to navigate. Once developed, the city and libraries will work together to introduce people to the resource, through, for example, introductory classes or data challenges where people are encouraged to analyze and visualize the data.

What if we could search a city’s past as easily as we search its present? What if we could explore forgotten neighborhoods, look up long-ago vanished buildings and streets, and discover the history around us? Libraries hold the records of evolving urban landscapes, but historic data that charts these changes is not easily accessible. To increase access and public exploration of this data, the New York Public Library will create a free, historical mapping service: the NYC Space/Time Directory. Using data from the library’s map collections and other sources, the directory will be a searchable, digital atlas and database of historical places, allowing scholars, students, journalists and enthusiasts to explore the city across time periods. It will be open source and community-built, engaging local museums, historical societies, universities, citizen cartographers and the New York tech community to help gather data, and to contribute code and expertise.