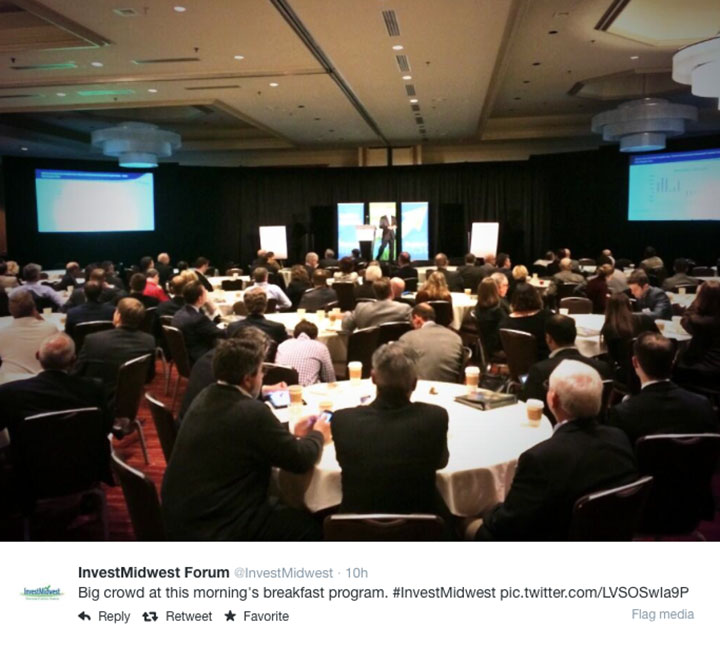 Ed Mass believes online education has a ton of room to grow.

“Currently, the K-12 education market is very underdeveloped in terms of online education platforms,” he said with excitement, sensing a business opportunity. “Most of the focus has been on the college level.”

Mass is the chief operating officer of CrazyForEducation, where K-12 teachers create lessons for students online, freeing up teachers to offer more personalized instruction during the school day. In addition, students worldwide can receive access to all lessons for $60 a year, saving families significant money in tutoring costs.

CrazyForEducation, which is currently looking for an additional $1 million in venture capital funding, was one of 44 startups on Thursday who pitched their companies to more than 80 venture capital, angel and private equity investors at InvestMidwest Venture Capital Forum, a conference hosted by the St. Louis Regional Chamber, Missouri Venture Forum, Greater Kansas City Chamber of Commerce and KCSourceLink. 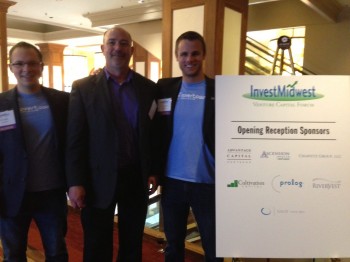 A disproportionate share of companies presenting were based in the St. Louis area, however companies from states such as California, Texas, Kansas and South Dakota pitched as well. The event featured startups in three different industries: technology, life sciences and food/agriculture. To pitch, the companies were required to seek $1 million to $20 million in funding. Most companies project revenue of at least $20 million within five years.

Approximately 150 companies applied to take part in InvestMidwest, according to Chris Walsh, the event’s executive director. After she initially screened candidates for the basic qualifications, the companies were then chosen by a selection committee based on five criteria: management, financials, value proposition, technology and competitive advantage.

Once given the green light to present, each company was given 10 minutes to make a presentation on their company. Although the event didn’t follow a “Shark Tank”-like format where investors grill the company owners, investors and company leaders were able to debrief and follow-up after all the presentations.

The event comes at a time of growth for the region’s startup scene. Fifty-seven startups launched last year in the St. Louis area, according to the St. Louis Chamber, more than any other year in the city’s history. A report by PricewaterhouseCoopers and the National Venture Capital Association also found that $74.1 million worth of venture capital was invested in Missouri in 2013, more than triple the year prior.

Moreover, InvestMidwest coincided with the announcement Monday that Enstitute, a non-profit that places select students in one- or two-year long apprenticeships in a host of different industries, was starting a new hub in St. Louis. Enstitute and the St. Louis Regional Chamber flew in 12 venture firms from New York City to learn about the companies presenting at the conference.

Walsh said that deals aren’t actually closed at the event, but rather the day was an opportunity to connect investors and companies.

“This is a stepping stone for these entrepreneurs,” she said, even pointing out that InvestMidwest is also a crash course for companies, especially ones led by first-time entrepreneurs, in marketing business and presenting an investment pitch.

“It really is all about the networking,” said Davey, product owner of SAsync, which produces shared geological maps on mobile devices geared toward law enforcement and disaster personnel in times of crisis. The company, which Davey called “Google Maps” on steroids, has already received $2 million in financing and is looking for an additional $8 million.

The investors were also as excited about these companies as the presenters. Although many investors have been coming to the event for years, others are just learning about the startup scene in the region.

“We think that St. Louis is underserved (in VC investments), and we’ve heard great things about the entrepreneurial community,” said Andy Christensen, an associate at Arthur Ventures, which invests predominantly in software services and healthcare information technology. “We really want to see this community grow.” 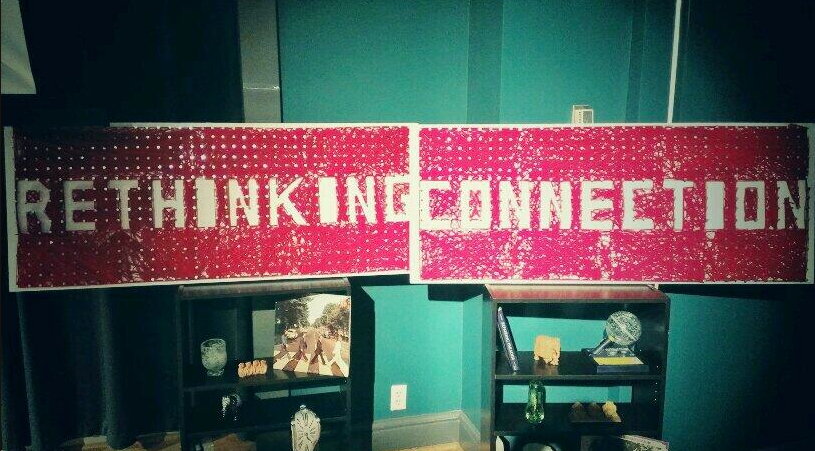 Appcroplis Challenge: Developers, Get In NOW