Home > Blog > Creeptastic Girls Around Me Pulled From App Store

Creeptastic Girls Around Me Pulled From App Store

Girls Around Me, a new app in the Apple App Store, has been causing quite a stir over the past few days. The service allowed you to follow Foursquare check-ins of women in your area, and has been pulled from the App Store after coming under fire for violating Foursquare’s API policy. 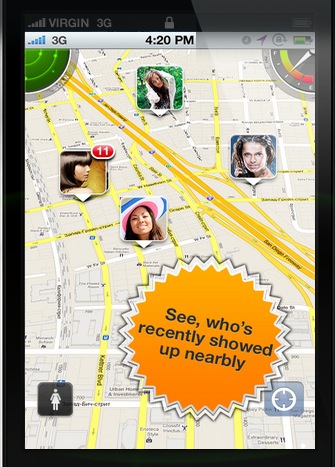 The application was taking information from Foursquare’s service and displaying exclusively female check-ins in a fashion similar to the popular app. The service allowed its users to not only see the current activity of unsuspecting Foursquare users, but then went further to link them to their Facebook accounts, giving access to personal information, pictures, and the ability to message them directly. The application was free, but after some time of usage requested the $0.99 purchase of an “energy pack.”

Late last week. Foursquare cut off the application’s access to their APIs, and as of Saturday it has been taken down entirely from the App Store. The service was created by a Russian company called SMS Services O.o.o., the company behind financial tracking app CoinKeeper.

The app was not likely created to be used in a malicious manner, but its potential as a stalking tool made it dangerous indeed. Linking directly to Facebook profiles would be less of a problem if everyone had their privacy settings in order, but even with some of the more strict settings activated, a profile picture can often still be seen. To be fair, the service allowed the tracking both men and women, though women were searchable by default. Nevertheless, Foursquare’s quick action to shut down the service’s access to their APIs was an appropriate move.

In a recent stream of tweets American Psycho author Bret Easton Ellis noted in the newly planned sequel his killer would use a similar service called Blendr to locate potential victims. Blendr finds people nearby who share similar interests, though their user base has opted in to be involved with the service, which also features additional privacy settings. I think if Ellis had spent some time with Girls Around Me before it got pulled, it’s likely he would’ve changed his mind.

American Vending Machines Get A Geek-Over

Mobile Commerce Startups To Watch in 2012