Game Developers: Intellectual Property Is All You’ve Got, So Make Sure You Get It 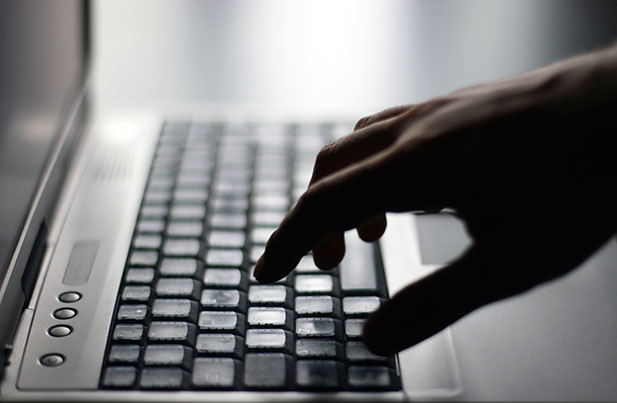 A crucial distinction between video games and other forms of audiovisual art is the element of interactive play, and the fun of a game generally is derived from those mechanics – that is, the rules governing the game system and how the player interacts with it.  Generally speaking, there is no form of intellectual property that clearly covers game mechanics.  Sure, the instruction manual, source code, and art files may be subject to copyright, but nothing stops another developer from ripping off your basic gameplay idea and publishing a clone with original art and programming.  While imitation is the sincerest form of flattery, it generally disfavors small studios, who increasingly turn to the public for financing through crowdfunding and other community-based support structures.  This means small studios generally must disclose what they are developing to the public long before they get a working product to market.

This arrangement poses a risk that an opportunistic competitor will convert a wonderful community like Kickstarter into a catalogue of innovation and cherry pick winning ideas to rip off.  A larger competitor can leverage its scale and other institutional advantages to quickly get a competing product to market, perhaps even before your original.  The competitor might even select a similar brand to edge you out.  Then, when your product finally hits the market, your innovative product comes off like a low-budget rip-off attempting to ride the coattails of a successful major studio release.  What’s to stop them?

In theory, intellectual property.  The branding issue, for example, is relatively easy to address.  Even if you haven’t published your title yet, you can file an intent-to-use registration with the Trademark Office and hold your product name in advance.  But, for the core elements of game play, the answer is less clear.  Certain hidden elements – like formulae and underlying data models – can be protected as trade secrets.  However, those elements tend to have more to do with balance and tuning than the fundamental elements of game play.  For example, an internal THAC0 table for an RPG might be a trade secret, but the mechanics of the RPG advancement system generally are not.  Those mechanics are what make an RPG compelling to play, and they can be poached.

While none of the forms of IP are a great fit for game mechanics, the closest match is patents.  Patent rights can cover systems and processes, and playing a game within a structured rule set is nothing if not a process.  However, getting patent protection for game mechanics is difficult, expensive, and time-consuming.  For a small studio in the early phases of development, these hurdles can be impossible to overcome.  Merely filing a patent application is expensive, even for a small entity qualifying for reduced fees, and that doesn’t include the cost of paying somebody to write your application.  Even if you have the cash to file an application, the timeline for a successful patent prosecution is measured in years.  For the typical small studio developing mobile device games, your product might be commercially irrelevant before your application receives a first office action.

Yet, there are games that have staying power.  Sandbox-style games tend to be innovative and have long life spans, especially MORPGs and social titles, and even some indie games, such as Minecraft.  You never know in advance that you’ve got a black swan on your hands and, if you haven’t developed an IP portfolio for your product, you run the risk of being driven out of the very gaming market you created by an opportunistic competitor.  While you could file for patent protection after your title is a hit, the game play mechanics have by then been disclosed to the public and may become prior art against you.  This means your idea may be ineligible for patent protection because of your own disclosure.  If you crowdfunded, even your disclosures on Kickstarter can be a problem.  In theory, you have up to a one year grace period after your initial disclosure to file a patent application in the US before your disclosure becomes prior art, but the contours of that grace period are a matter of interpretation and recent amendments to the patent laws cast further uncertainty on which prior disclosures will be held against you.  Further, even if your own disclosure qualifies for the grace period, there is still some risk that a competitor may secure intellectual property rights first and prevent you from making the game you want to make.  Finally, many foreign countries cut off your access to a patent the instant your invention is disclosed, with no grace period of any kind.

Some small businesses aren’t interested in stifling competition or licensing patents.  Entrepreneurship communities tend to be tight and embrace an “us against the world” mentality.  We just want to make awesome games and don’t care if somebody else wants to make a similar game.  For community-minded developers, filing a patent application is not just a sword to attack competition, it’s a shield to raise against those who might try to secure similar rights and prevent you from competing with them.  You might ultimately decide not to pursue a utility application at all, but filing a provisional application in advance at least keeps that option open if you need it.  Also, for the community-minded, if you ultimately abandon your application, it can become prior art that may frustrate later attempts by third parties to secure patent rights to the same idea.  This increases the odds that those later attempts will fail and your idea will remain open to those who wish to copy it.

Despite the difficulty of securing patent rights to games, the trend among major studios is toward aggressively pursuing patent protection.  For example, it was recently reported that Zynga owned a single patent just one year ago but now owns 89 and has dozens more pending applications.  For the startups and small studios, your most cost-effective option is generally a provisional application that you largely write yourself.  While it will lack the polish and rigor of an application written by a good patent lawyer, it at least gives you a fighting chance to fend off a competitor trying to shut you down, and reduces the chances that your own public disclosures become an obstacle if you later need to pursue patent protection.

You might never need your patent application, but intellectual property is like insurance – if you ever need it, you’ll be glad to have any coverage at all, and you’ll probably wish you had more.

About the Author: Ben Siders 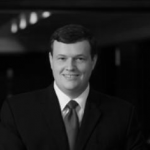 Ben Siders is an intellectual property attorney in St. Louis specializing in software and computer technology patents, licensing, and gaming law.  Ben is a contributing author to the American Bar Association’s Legal Guide to Video Game Development and the Secretary of the St. Louis chapter of the International Game Developers Association.   Prior to his legal career, Ben was a software engineer in the telecom, health care, and financial sectors, and a hobbyist MUD developer.

This article is not intended to be legal advice and only conveys general information related to certain intellectual property issues that may be encountered by startups in the gaming industry.  The application of law to your specific circumstances requires the professional advice of a licensed attorney and you should consult with an attorney concerning the application of law to your particular facts and circumstances and not make decisions based solely upon the content of this or any other Internet article.