Gaining Perspective: A Chat With 2 App Developers in Kiev 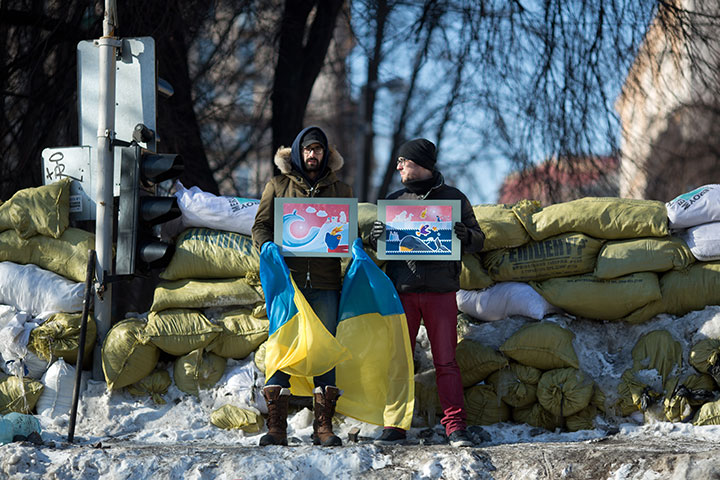 Mikhail Stepanski and Ruslan Kosarevych holding images from their interactive story app outside of Independence Square (or Maidan) in Kiev, Ukraine.

When you’re a startup entrepreneur, your work is your life.  All day, every day, you’re working to be one of the few who makes it.  You’ve read the glamorous stories, and you know how amazing it is to be an entrepreneur.  But, we also know it’s not that easy…  How bad do you really want it?

There will be days when you’ll question what you’re doing.  All of those family members who keep telling you you’re insane and need to “get a real job” will creep into your mind.  When this happens, what do you do? How do you push through the negativity and keep building toward your dream?

For me, I like to gain a little perspective… 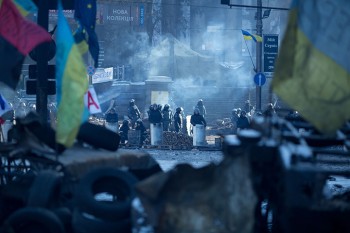 Just last week, I spoke with Mikhail Stepanskiy and Ruslan Kosarevych, the founders of Kidappers, an app development startup in Kiev, Ukraine, via Skype.  Their office is approximately one kilometer from Independence Square, the epicenter of where devastating protests occurred last week.  According to a Reuters report, there were “among 80 or so people killed on the capital’s streets in three days of fighting against Yanukovich’s police.”

The two founders were obviously bothered by the events, but even in such turmoil, you could still see their passion.  And that’s not because they’re incredibly successful…. At least not yet, anyway.  Their story is just beginning.  They started this journey just last year as they set out to develop interactive media for children.  In uncertain times, they keep going because they know what they’re doing is important.  Do you believe what you’re doing is that important?  Would I be able to see your passion radiating from you in circumstances like theirs?

Now, we hopefully won’t see images like the ones shared above on Washington Avenue in St. Louis, Missouri, any time soon.  But, we can learn a few things from these developers about staying positive and focusing on why we started our business in the first place. 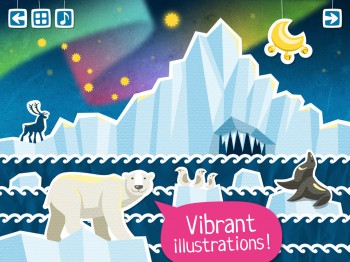 Being positive is what Kidappers is all about.  In their first app, they tell the story of Son of the Sun and Wizard Lizard.  It’ s essentially a storybook app with interactive slides, over 150 animations, unique music and enchanting sounds, as well as fun characters and puzzles.  The goal is to teach children that people can change and that compassion and forgiveness can help make the world a better place.

The two founders are an unlikely pair from the outside, growing up in different parts of Ukraine and even speaking different languages.  But their vision is the same.  “We just want to say we have a big dream and our project is only one step,” they shared.  “There are many young people with big potential.  Many people only realize that Ukraine is a country after this situation.  It’s really hard to work sometimes because things on the square.  It’s really terrible.  But, we hope that we’ll represent our country in a positive way.”

With their first story app completed, they’re hard at work on the second story in their series.  But, one of my favorite answers from the two came when I asked them for advice.  They both laughed, stating, “We are the startups.”  If there’s anything I’ve learned from covering incredible entrepreneurs is that you have to know your strengths and know when to ask for help.  And even though they laughed about being an authority on the subject, they did share the following that every entrepreneur should hear.

“I think the greatest thing that can bring us success is to make only things you believe in. We can’t do things just for money.  It doesn’t work for us.  We are creating the things, and it’s very important things.  We want to make the world a better place.”

At the end of the day, it’s really all about your perspective.  Sometimes you just have to put your head down, stop whining, and work a little harder to get the job done.  Isn’t their answer above the reason you started your own business in the first place?  It wasn’t about money, but rather about creating something that you love, solving a problem, and inspiring others to do the same.  Don’t let your fear or the negativity of other people get you down.  What you’re doing is important.  So, are you ready to work a little bit harder like Kidappers?

Learn more about their project in the app store here, and go out and do great things today no matter what.