Home > Blog > Facebook Returns To Its College Roots, Rolls Out Groups For Schools

Facebook Returns To Its College Roots, Rolls Out Groups For Schools

Last night I received a push notification from a classmate at UChicago to join the official UChicago Facebook Group. Requiring a valid uchicago.edu email address to join, the group, like the groups Facebook is rolling out at colleges around the world, is reminiscent of the social networking giant’s early, college-only closed-door roots. 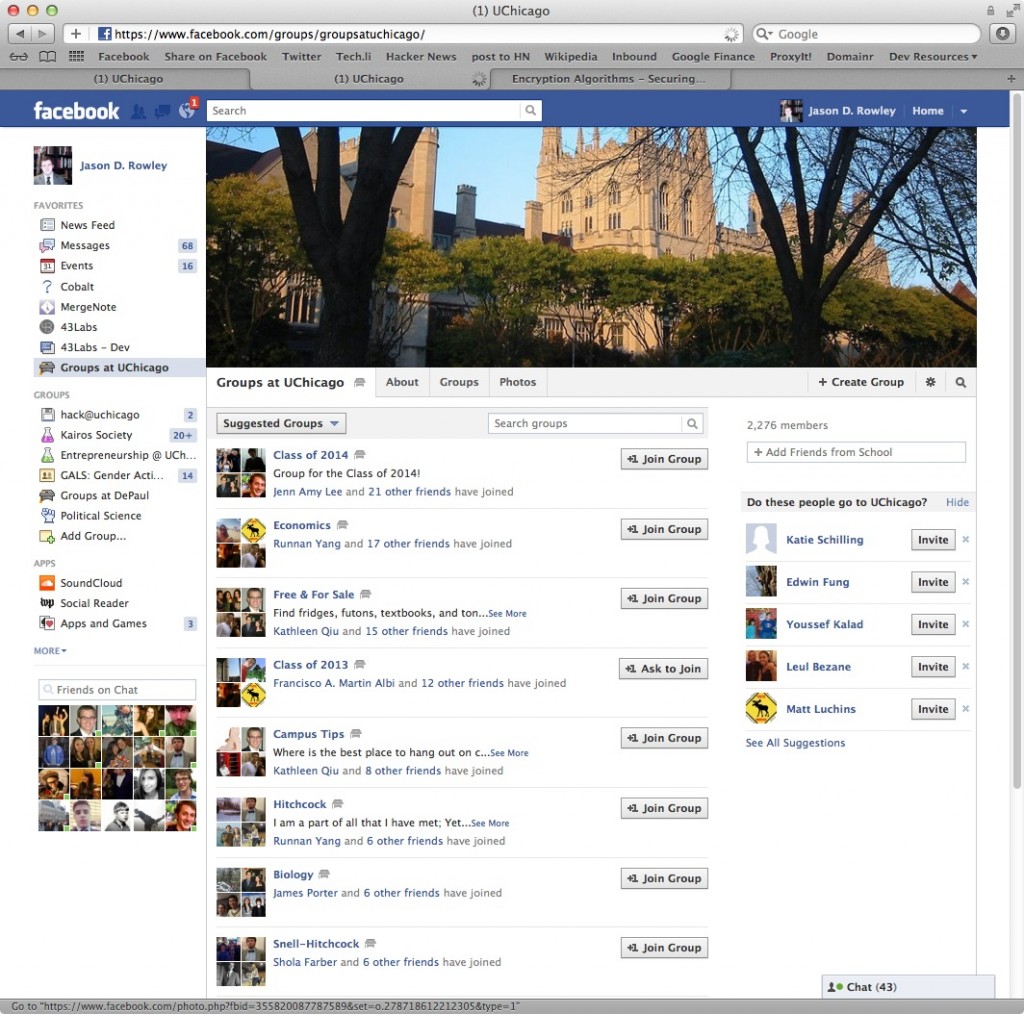 Screenshot Of Groups At UChicago

Facebook announced Groups For Schools last week. Pages are unique to each college or university. Groups created by students and faculty are displayed in a directory. Any student is able to create a group, whether it’s for their major, their specific class, a fraternity/sorority, or an extracurricular activity.

Groups For Schools is very similar to Facebook’s current Groups product, but it offers one major upgrade. Groups created under the umbrella of Groups For Schools offer file-sharing of up to 25 MB, so students and professors can share slide decks, lecture notes and related documents with ease.

Currently, Groups For Schools is available at 100 universities, so it isn’t yet available for everyone. The full rollout will take several days.

“Facebook will continue to iterate on Groups for Schools as the feature is rolled out to more schools. College students are some of our most avid users and provide a lot of useful feedback in order to help us iterate quickly,” a Facebook spokesperson told VentureBeat late last week.

Adding a semi-private backchannel for students and professors to communicate and share information is an interesting move for Facebook. While there’s nothing entirely new about the service – college students have been organically creating Facebook groups for their organizations and interests specific to their institutions’ culture since Facebook revamped its Groups product way back in 2010 – Groups For Schools increases Facebook’s reach into college campuses. If Facebook wasn’t already an indispensable communication tool amongst young people already, it’s now even more so now.

And with the new file-sharing functionality, students may even be able to argue that Facebook is now – Gasp! – a kind of productivity tool.

If Facebook’s pattern of offering early access to new and innovative products to students first, it’ll be exciting to see what Groups For Schools could mean for other kinds of organizations in the future.

Today’s Most Talked-About TV Is From… IKEA?