Facebook released new statistics on Open Graph applications at SXSW, touting success stories of  popular Timeline apps. According to Facebook product manager Austin Haugen, over 3000 timeline apps have launched, and third-party app developers have seen marked increases in traffic and growth in their user base due to their new presence on their users’ timelines.

[Writer’s Note: I began using Pinterest and Goodreads after seeing the apps on my friend’s timelines.] 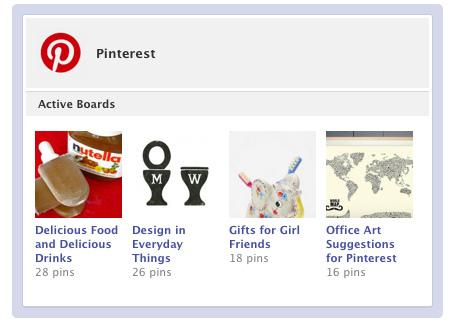 In addition to releasing Timeline app success stories, Facebook also announced a number of applications making their debut on the timeline at SXSW.

Foursquare: Foursquare launched its new timeline app on Monday in Austin. The app makes use of the new location and friend-tagging APIs Facebook released last week. Users can now add Foursquare badges onto their timelines, share check-ins on their timeline and map, and see the top places they checked into. 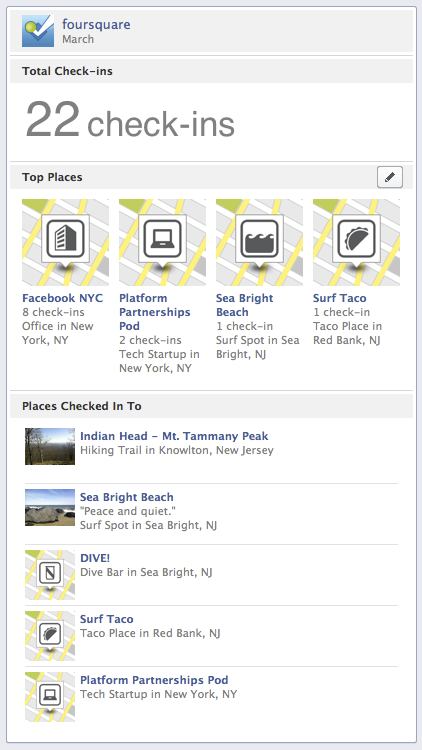 Nike: The Nike+ FuelBand is becoming more social through a series of Facebook integrations. As of last week, people can use the Nike FuelBand iPhone app to find friends and see a leader board of how much Fuel they’ve earned versus their friends. Soon, people will be able to post their achievements and milestones directly to their timeline.

The Onion: Laugh alone no more. People can now log into TheOnion.com with their Facebook account to add The Onion content directly to their timeline and share articles and videos as they read and watch. Friends can discover articles in News Feed, and get personalized recommendations on TheOnion.com, making “America’s finest news source” more social.

VEVO: Vevo introduced a new integration that lets people sign into Vevo.com with their Facebook account, get personalized video playlists based on the artists they’ve liked, discover new music through friends, and post any music video from Vevo’s massive library directly to their timeline.

Fandango: Movie fans now have another way to bring their favorite films to their timeline. The new Fandango timeline app lets people add the clips they watch, the movies they rate and any films they want to see.

Viddy: Viddy, the mobile app for creating quick videos and adding filters, now lets people add clips to their timelines as they shoot. Now when people film videos from a vacation or everyday life, they can share them to Facebook and collect their clips on the Viddy app for timeline.

Endomondo: Endomondo brought its fitness app to timeline so people can share their workouts, progress and favorite routes with friends on Facebook. Sharing fitness activities with friends makes it easier to coordinate workouts and cheer each other on to new fitness goals.

RootMusic: The new RootMusic timeline app lets people mark their favorite songs and artists and the concerts they plan on attending from the Facebook Pages of bands. As people click “favorite”, “going to go” and “wants to go” on a RootMusic app, their picks will be added to their timeline.