Chicago startup Power2Switch has raised $1.3 million dolars in financing. The energy deregulation startup allows individual and commercial electricity customers choose the electricity provider that powers their home or business and save them money on their monthly bill.

“The close of this financing has enabled us to also accelerate our expansion into other states, as we launch our service in New York and Texas by mid-December 2011,” said Seyi Fabode, CEO and co-founder of Power2Switch. “We have already saved our customers just under $1 million, a number that will only increase as more people use Power2Switch.com to compare and switch to electricity providers with better rates.”

The investment round was led by OCA Ventures. Hyde Park Angels, New World Ventures and I2A, along with private investors, participated in the investment. In addition to Power2Switch co-founders Seyi Fabode and Phil Nevels, the company announced the appointment of Michael Polsky (Invenergy) and David Zyer (OCA Ventures) to its board of directors. 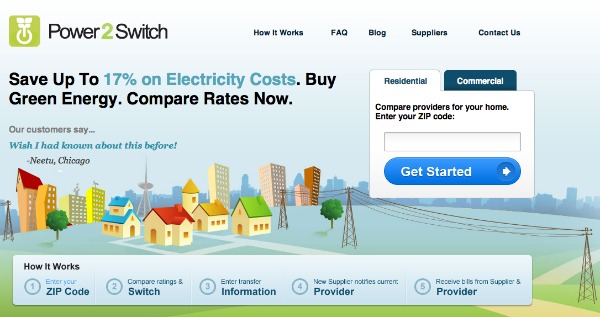 Find out the latest list of VC-backed startups that raised millions in the year 2011.