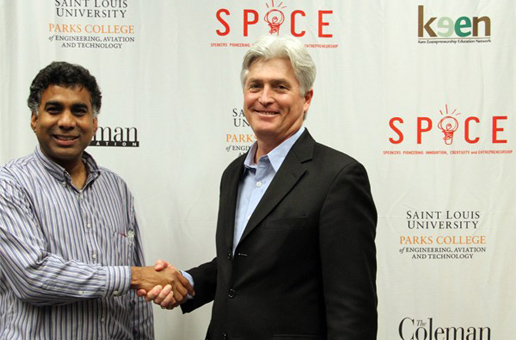 Earlier this month St. Louis University’s Parks College of Engineering, Aviation, and Technology hosted Dr. Bryce Rutter, the second tech figure in its new Speakers Pioneering Innovation Creativity and Entrepreneurship (SPICE) series. Sponsored by the Kern Entrepreneurship Education Network (KEEN) and the Coleman Foundation, the SPICE series aims to bring engineering students together with some of the biggest names in the St. Louis tech industry. 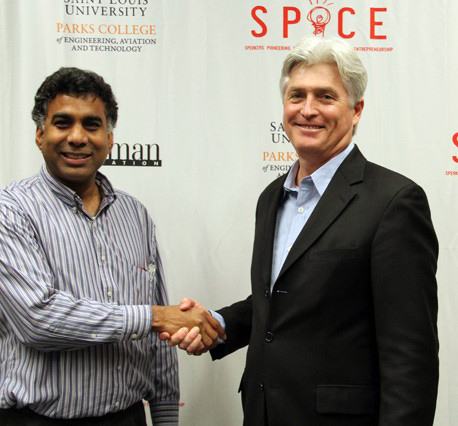 Dr. Bryce Rutter is the founder and CEO of Metaphase Design Group, Inc., which specializes in design research, ergonomics, and innovation strategy. The St. Louis company has worked on product design for companies including Pfizer, Johnson & Johnson, Microsoft, and the US Navy, among many others. Metaphase has won a number of industry awards for its design services in a variety of industries, including International Design Excellence Awards, Foodservice Packaging Awards, and most recently two Appliance Design Excellence in Design awards.

“I hope that I can apply his vision in my own pursuits as an entrepreneur,” said McNeely.

SLU plans to have three more SPICE speakers by the end of the Spring semester. The events are free and open to the public, so keep your eye on the SLU  events page to find out who will be among the next SPICE speakers. 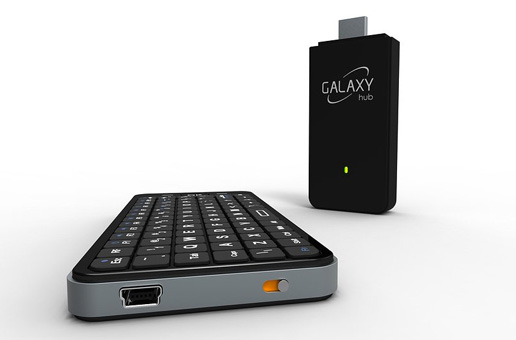