Does Having An Accent Keep You From Being Successful? 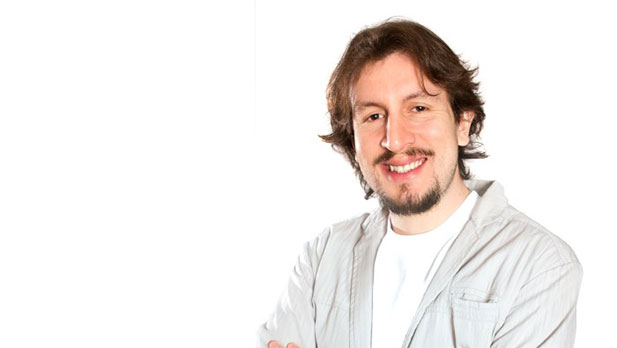 This past September, Inc. Magazine ran an interview with Paul Graham, co-founder of Y Combinator, the Silicon Valley tech accelerator.  In it he made a comment stating that entrepreneurs with strong foreign accents are not as successful after graduating from his accelerator, which sparked quite a bit of conversation.

The article quoted Graham, stating, “One quality that’s a really bad indication is a CEO with a strong foreign accent. I’m not sure why… Or, it could be that anyone with half a brain would realize you’re going to be more successful if you speak idiomatic English, so they must just be clueless if they haven’t gotten rid of their strong accent. I just know it’s a strong pattern we’ve seen.”

Does having a strong accent really affect your ability to be successful in the U.S.?  There are several entrepreneurs that one can point to that have disproved this statement. Being a startup entrepreneur is hard, and unfortunately there’s a lot of failure.  However, having a strong accent is typically not going to be the downfall of the business.  But, that doesn’t mean there aren’t deeper issues facing immigrant entrepreneurs.

I had a conversation with Alexander Torrenegra, Colombian-born entrepreneur and CEO of VoiceBunny, Voice123, and Torrenegra Labs, who has been speaking out not only against Paul Graham’s comments but also on larger issues of immigration reform.

His accent is quite strong, and the more passionate he is about the topic, the thicker it becomes.  But, that hasn’t stopped him from being successful (or from being heard).  Having been awarded the “Top Colombian Innovator of the Year” from MIT’s Technology Review, and the recipient of the title NYC Venture Fellow in 2013, he’s another strong case to disproving Graham’s comments.  He also fairly recently found himself at the White House to speak with President Obama on the topic of immigration reform, sharing his story of being an immigrant entrepreneur in the United States.   In a statement Torrenegra said, “I think he understood me just fine, thick accent and all.”

Torrenegra is a strong advocate of reform to help immigrant entrepreneurs start their businesses in the United States, and warns that attitudes such as Graham’s is “intimidating and hinders innovation in the U.S.”  He has an interesting story, as he considers himself to be Colombian by birth but American by choice.  He married a U.S. citizen, which allowed Torrenegra to continue growing his business in the U.S.  Other entrepreneurs, despite paying taxes and creating American jobs, are not so lucky.

While there are two sides to every argument, Torrenegra makes a strong case, stating, “Immigration reform will benefit the U.S. by attracting the world’s most talented business minds, and with them will come economic growth and prosperity for their new community.”  We’ve already seen this, too.  Torrenegra points to Fortune 500 companies started by immigrants such as Google, Dupont, Disney, AT&T and Sarah Lee to further drive home his point.

You can also look at startups, including those in the Midwest.  Take for instance the winners of the Arch Grants global competition in St. Louis, Missouri, where there are several entrepreneurs who are not originally from the U.S.  Furthermore, the number of applications for this competition grew astronomically in its second year, with applicants from 40 states and 15 countries including Australia, Bolivia, Poland, and Israel to name a few.

While there are great opportunities available, many still agree that legislation is needed to continue to attract and keep talent in the United States.  However, in light of the recent national and world events, such as Syria and the government shutdown, immigration reform has taken a backseat.  While it passed in the Senate, it still has to get through the House, and some suggest that just won’t happen this fall.

What do you think are some of the biggest challenges that immigrant entrepreneurs are facing in the U.S.?  Is there an “anti-immigrant complex” in the U.S. as Torrenegra suggests and is immigration reform part of the solution?

Since the article was published in Inc. Magazine, Graham received quite the backlash from tech media and on Twitter.  He took to his own blog to clarify his comments, writing, “The case I was talking about is when founders have accents so strong that people can’t understand what they’re saying.”  He goes on to explain that it’s not about the “cultural signal accents send” but rather how difficult it can be to grow a business when people can’t understand you.