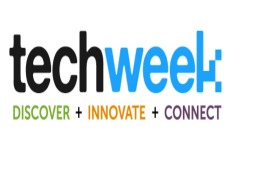 Arabella Santiago has been appointed the new Executive Director of Chicago tech conference Techweek.  The Board of Directors at Techweek asked the former Executive Director, Jon Pasky, to step down for unspecified reasons.

Pasky’s departure officially marks the end of the original founders of Techweek running the organization.  Brian Mayer left the company over a year ago and Geoff Domoracki left in the last year to focus on his Data 2.0 conference on the West Coast.

The new executive director, Arabella Santiago worked for Techweek since its first inception as Midventures and has deeper experience running conferences.  “I used to produce Web-based initiatives for the 14,000 participant ‘The Women’s Conference’ in 2008, then led by Maria Shriver,” said Santiago.  “What is most important to me is that Techweek works with everyone- we want to make this conference the best it can be for Chicago.”

Santiago said she is “humbled” by the opportunity and has already hit the ground running: An email went out to people that had applied to be panelists apologizing for the the lack of communication by the conference in recent weeks and months and has already generated positive responses. 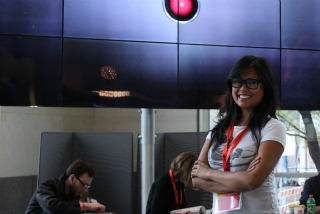 A resident of San Francisco, Santiago is moving to Chicago for six months to manage Techweek 2012.  The Board of Directors for Techweek have chosen to remain anonymous thus far in public, presumably because they are waiting to see the results of the 2012 conference and if it has a future.  To date, Techweek is has raised approximately $400K in investment capital.

Santiago is also the CEO and founder of StartupLive

SXSW: Gawker VP Talks About The Next Generation of Publishing