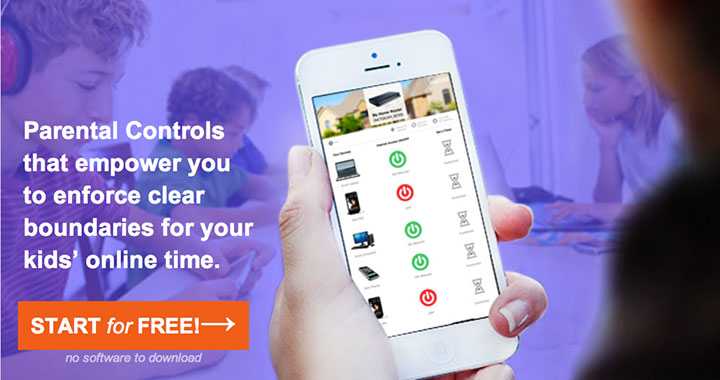 If you’re a parent of young adults, you’re likely worried about the types of things they’ll find online and the amount of time that they spend on their devices.  While parental controls are great in theory, they can also be incredibly complicated and confusing.

One company decided to take action and create a simpler solution for parents who want to monitor their child’s online usage.  It’s called WebCurfew, a graduate of the inaugural TechStars Chicago 2013 class, and their idea is incredibly simple.  Essentially, they provide an on/off switch for individual devices from your home’s router.

Essentially, you can make sure that your child can’t access the Internet on a specific device by simply shutting its access off at the router, no software required on your devices.  Whether you switch it off before you go to bed, or schedule specific times, it’s easy to take back control.  That way, you decide how much time they spend online.  It’s a free service if you want to control this manually through the Web, and they also offer a subscription service that allows you to automate the process, letting you schedule when a specific device has online access.

With its simple solution, the company has continued to gain in popularity with parents, and they recently brought on Motorola veteran Alberto Moriondo as its vice president of business development.  Moriondo has over 12 years of experience in the technology space.  He had been doing a little angel investing on his own, too, and the company impressed him at TechStars Demo day.

“I thought this is an interesting concept of controlling devices,” said Moriondo on meeting Webcurfew.  “People already have that device, and it’s a powerful device.  I generally look at cloud and mobile, since that’s what I know, and is the market big enough.  And it hit all those elements.”

Webcurfew’s revenue model is working quite nicely for the company, too.  By offering it free for manual control of the router and charging for access to a timer, the company is seeing conversions north of 20%.  They also have plenty of room to grow on a global scale.  According to their research, there are 50 million households in North America alone with both broadband access and at least one Internet age child, which they qualify as 7-17 years old.

What’s more exciting for Webcurfew, though, is the growing number of its users who are outside the U.S.  Fully 35% of WebCurfew’s users are outside the states, coming from over 65 countries around the world.

Currently, WebCurfew supports more than 110 router makes and models and has the ability to reach over 10 million homes nationwide.  But, they’re not stopping there.  Their goal is to tackle the Internet of things with a simple solution for controlling it.  “What we’re coming out with next is the second layer.  Our bigger vision is the internet of things.  We being a startup are very focused, so we’re growing progressively in phases,” said Moriondo.  “Today we stop at the router, so we don’t control your device.  We just tell the router to turn it on or off.  Blocking adult content and access to unwanted destinations on the web, we have that in trial.  So, not only can you control a device on or off, but also where does it go.”

What do you think? Do you like this simpler solution for controlling your child’s online access?  Let me know in the comments.