I may not be a CEO in the traditional sense: my company isn’t seeking capital, isn’t seeking to be sold, and technically isn’t even a real company.

That makes me more of a faux CEO. I’m actually a writer of teen fiction. (Think vampires and drug-dealing cheerleaders).  That being said, my company has put up numbers in the last two months that would definitely make people pay attention.

DarkSide Publishing was born in January, 2011, shortly after I e-published my first novel. As a fledgling e-publisher, I had to figure out just how the e-publishing game worked all on my own. I stalked the blogs of proven winners like Joe Konrath and Amanda Hocking. I then convinced two writer friends, Megg Jensen and G.P. Ching, to join me in this kind-of business venture. 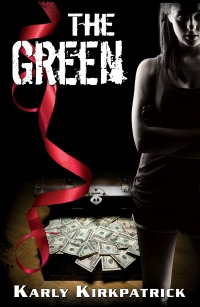 The plan was simple. Don’t mix any money, but use our skills to make e-publishing as profitable as possible. We pooled our resources and shared responsibilities, edited each other’s work, worked together to make decisions on book covers, and figured out the e-book formatting processes. The only money we invested was for book covers and minimal promotional materials. The biggest investment was time. We added two more authors, Angela Carlie and Magan Vernon, later in 2011 and currently have a stable of five authors with 14 titles. We share efforts to market, including info about each other’s books in ours.

In the past 12 months, over 260,000 copies of our titles have been downloaded for free in an effort to gain visibility. With sold copies, we’re much closer to 300,000 downloads. In sales over the past two months alone, as a group, we’ve accrued profits of nearly $40,000. The bulk of that belongs to just to two of our authors.

The argument has been going on for a while as to whether or not traditional publishing is dead or not. It doesn’t really matter. E-publishing is here to stay and will only increase in market share.

There are a bunch of companies out there rushing to fill the need for e-publishing services. Not surprisingly, many of them are literary agencies, looking to get a foothold before they find themselves obsolete. 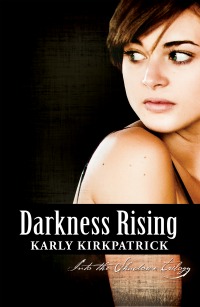 Where we’re at right now, we don’t need the services they’re offering. I don’t need someone else to format my books. I can do it in five minutes. With Apple’s new iAuthor app, I can create an enhanced e-book chock full of multimedia with a few clicks.  I don’t need some marketing expert to tell me to get a website/blog/Twitter account/Facebook page, etc.  as I’m already over social media. No problem.  We’re beyond all those steps.

We have other needs that no one seems to be able to fulfill right now.

We have highly-rated potential bestsellers that are ripe for the selling. We need to get these babies as visible as possible, but are limited by budget and accessibility. So many options have become less potent; free is no longer helpful, and social media, while great to have, doesn’t necessarily sell books. I’ve sold more books since I’ve stopped talking about them. We’re still mostly reliant on good old word of mouth.

We also want to be visible to scouts for film and television. There are some extremely marketable items here that could be beneficial to studios, but it’s challenging to get that unless you have an agent, or sell millions of copies. It’s very much the chicken and the egg, it doesn’t matter which one comes first, but you need both of them to get anywhere.

There are definitely ways the tech community could help us out in this arena. What if there was an online database or subscription service specifically for 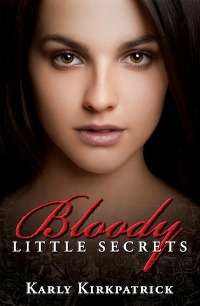 international publishing houses, allowing them to search through new material? What if there was some way to put our books out there for film and TV studios to access in a more direct format? It would allow the international publishing houses and studios instant access to ideas that may never come across their desks otherwise, simply because that particular story didn’t have an agent. People complain all the time that Hollywood is struggling to come up with new and interesting story lines. We have them, and there are tons more where that came from. We just need to get past this idea of gatekeepers. I realize that the books are already available online, but for some reason, the international publishers and studios are not looking at Amazon as much as they should. However, if the site catered just to them, I think they would.

Technology has very much made publishing books a whole new world, but there are a few parts that are lagging behind. I really hope that in the next few months and years we see some great strides in these areas. Right now we’re just on the ground floor of what will be the revolution in entertainment of the literary variety, and maybe even beyond that. At this point, the sky is definitely the limit.