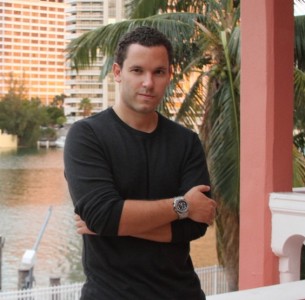 “A lot of people do what they are told to do by their parents, by society, by their industry, even if you have unconventional thoughts or things you want to do on your own,” said Tim Sykes.  “F— that.  You do not need to do that.  The world has changed, and I don’t think people have realized it like they should.  Might call it luck, but, really, it’s strategy. And it’s possible.”

As an innovative entrepreneur, you already know that, and you also know how hard it is to do what you do.  So many times, success stories make being an entrepreneur look incredibly glamorous and easy.  And it is…Sort of.  What you don’t always see though is the amazing amount of work it requires.

Are you willing to work just a little bit harder to find success? Tim Sykes did (still does), and what he really wants is for more people to go for their goals.  But to do that, you might need to redefine what it means to work harder. 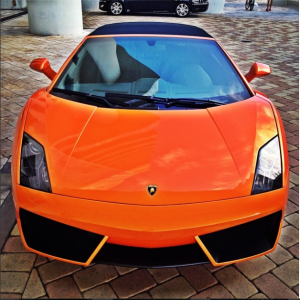 “Some call it crazy aggression,” said Sykes.  “And, I was crazy aggressive, but that kind of determination is what has made me successful.”  Of course, successful might be an understatement in describing Tim Sykes.  Just take a peek at his Instagram account featuring lavish vacations and several pictures with his orange Lamborghini.  But that’s not who he is or why he works so hard.  (He even admitted that his Lamborghini makes him nauseous.)

Sykes became a millionaire at the age of 22 trading penny stocks, and today at 32 he’s an author, entrepreneur, and teacher dedicated to helping others do what he did.  “I was a tennis player [in high school], but had Tommy John Surgery.  I was walking around like Robocop,” said Sykes.  “I couldn’t do anything, so I got started trading.  My parents gave me my Bar Mitzvah money, thinking I’d lose it all, like tough love, and instead I turned the $12,000 into $1.65 million by the time I graduated college.”

Granted, trading penny stocks can be risky, and the popularity of a certain movie doesn’t really help his cause.  “I get pissed when people say it’s scammy,” said Sykes.  “But I understand there is a lot of misinformation out there.”  Sykes explains further, stating, “Everything is risky.  Life is risky.  Mutual funds, even though marketed as not as risky, they are.  Penny stocks do move fast, and you have to respect the rules.”

Sound like anything else you know?  Being a tech entrepreneur is quite risky, too, and the likelihood that you’ll create the next big thing is really not that good.  But, that doesn’t mean it’s not possible or what you’re doing isn’t valuable.  “A lot of people thought it was crazy when Google bought YouTube and Facebook bought Instagram,” said Sykes.  “You don’t need to have all this huge financing or a project with even a business model. If you have a pulse of the market, get users or create value of some kind, you’re rewarded.”

And let’s be honest.  You will fail.  Even Sykes has failed a few times and understands what it means to face negativity.  He tried investing with a hedge fund and lost 35% of it.  “People called me a fraud,” said Sykes on the experience.  “I was very depressed.  That’s why I wrote my book.  It’s all a journey. I still don’t know where it ends.”

What he does know is that it’s all about working harder and not letting negativity get in your way.  “If you believe in something, then who cares what others think.  You have to think of yourself,” said Sykes.  “What makes you the happiest, what gets you up in the morning, what really drives you? Every single morning, it’s not about oh I need to make this amount of money today.  That doesn’t drive me, and I don’t think any real entrepreneur is driven just to buy fast cars.  You need to find your passion.”

Sykes also shared that if you create things that you want to see in the world, things that fix a problem, it’s not about the money at all.  You’re just growing as a person.  But that also means working harder than everyone else, even when you really don’t want to.  “When my alarm wakes me up in the morning at 4 a.m. LA time, I jump out of bed, even though I feel like shit,” said Sykes.  “I love what I do, and I wish more people would feel that way.”

Of course, it’s about more than just loving what you do…  “You have to work so hard, and you need to work so much harder,” said Sykes.  “I focus on the desire and the ambition.  I wish I could donate it to people, because I don’t think everyone has that.”

What are your goals? How much harder can you work today?  Keep pushing, and increase your focus so that someone might just call you crazy aggressive, too.