The buzz around the St. Louis tech scene gets louder every day. With news of job creation and the influx of new startups, area schools are seeing value in teaching programming. In addition to being a marketable skill, programming enhances problem solving and resiliency in young learners. Resources for kids of all ages, including lessons for home-schooling parents, are popping up.

Another Way to Learn and Share Ideas
This video from Code.org makes a compelling case for treating computer coding as another way to solve problems, a powerful means of communication that empowers us to share ideas. A foundation of modern learning. That sounds kind of like literacy. The United Nations defines literacy as the ability to read and write a simple sentence. In coding, a similar standard would be the ability to read and write a simple program. It’s not exactly the same, of course, but in addition to reading and writing, global education inequality now robs people of the ability to learn coding.

In Florida, state legislators are considering a bill to allow high school students to use up to two years of programming language to fulfill foreign language requirements at state universities. In this case, the programming language must be related to the student’s chosen major, a departure from seeing inherent value in the study of language. Supporters of the bill hope it will prepare students for careers in tech. According to this Huffington Post article, preliminary neuroscience experiments show coding is closer to language than math.

Code Red Empowers St. Louis Schools
Many local schools are already incorporating coding into their curriculum. Arch Grant winner, Code Red, offers flexible coding lessons that teach hard skills. It includes support for teachers who will have to step outside their comfort zones to cover the material.

Parkway, Ladue, and a few private schools in Illinois currently use Code Red’s resources. The organization will expand its reach next year, with the help of a $10,000 donation from Contegix, benefitting 3,500 St. Louis Public School students. Individual donors have created spaces for another 700 students as well. Thinking ahead, Code Red has partnered with Extra Help to assist in job placement after graduation.

Developers are also now creating apps made specifically for teaching children to code, based on their unique phase of development. Edutopia suggests these resources for your future programmers.

Reviving the Path to the American Middle Class
Code Red’s Founder and CEO, Michael Palmer, sees coding as a way to boost the middle class. By training students in high-demand programs, they will be able to choose a quality career directly after high school. This gives young people an alternative to higher education as well as a means of affording it.

Palmer acknowledges, “A lot of the private schools are built around going to college, with a focus on the Ivy League. I taught inner-city schools for ten years – it’s different.” Palmer points out that in the 1950s public schools began to offer a split path to students: either go to college or get a manufacturing job. Over time, the college path became the only option for a stable income. He sees programming as the modern-day automobile manufacturing, shooting young people into the middle class after high school. See Michael Palmer’s appearance on Techli TV’s Domain Tech Report here. 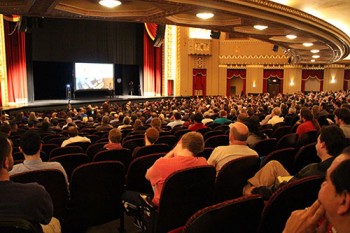 Already the tech world is showing that formal education isn’t the only avenue to marketable skills. LaunchCode, a tech apprenticeship program, has placed qualified beginning coders into paid jobs where they can hone their skills with an experienced mentor. This process requires some knowledge up front, but is significantly shorter than a formal degree program.

After its first round of applications, LaunchCode took things to the next level by creating a learning community for aspiring developers. LaunchCode gives people the skills they need to get a foot in the door with coding, and helps companies find people to fill jobs they need.  But they noticed a lot of interest from people who lacked basic programming knowledge. Twice a week, a group of students participate in Harvard’s CS50, a free online programming course.

Brendan Lind, the Managing Director of LaunchCode, recalls the immense interest at their kick-off event: “First we got a space for 20 people. Then we needed space for 250. Then 500. A few days before the event, we needed space for 1,000 people. Of course, not everyone in attendance registered. About 400 did at first. We now have about 250 students. There’s a lot of opportunity and free resources for teaching yourself to code.” Want to learn but don’t know where to start? Lind suggests CS50. “We tell people, take CS50 and then come talk to LaunchCode. We launch people into careers.”

Technical skills can be intimidating to pick up, but programming and coding have never been more popular with employers. With resources like CS50, apps, Code Academy and the St. Louis Python meetup, it’s also never been this easy to jump in and learn a little bit right away. The overwhelming theme of coding education is that everyone, (yes you), can be a programmer.

Gaining Perspective: A Chat With 2 App Developers in Kiev